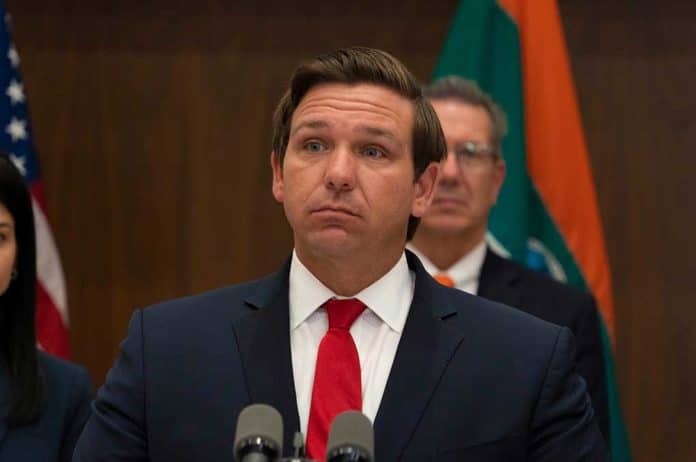 (TheDailyHorn.com) – For the better part of a year, the National Institute of Allergy and Infectious Diseases (NIAID) and Chief Medical Advisor to the President Dr. Anthony Fauci continually misled America. In December 2020, Fauci acknowledged to the New York Times that he purposely moved the goalposts in relation to the pandemic because he believed America wasn’t ready for the truth. Now, one prominent governor says Americans may have lost trust in the good doctor.

Ron DeSantis says people will have serious misgivings the next time "St. Fauci" says something because he thinks most Americans don't believe Dr. Fauci has been truthful. pic.twitter.com/GJH7yt5gX4

On Monday, November 8, Florida Republican Gov. Ron DeSantis spoke his mind about Dr. Fauci and the president of the American Federation of Teachers, Randi Weingarten. In recent days, the media caught Weingarten in public without a mask. She stated it was too difficult to communicate while wearing one. DeSantis asked how she thinks children must feel.

Regarding Fauci, the governor noted that the public spokesperson on the pandemic has a problem being forthright. He added that people may not trust “St. Fauci” the next time he says something.

In October, conservative radio host Hugh Hewitt asked Fauci if he understood that he had a credibility gap with many Americans and questioned if he should be the public health spokesperson for the government any longer. Hewitt added that Fauci was hurting the vaccination cause, not helping it. The NIAID head dismissed the assertion and took credit for the good things happening while ignoring his spotty record with the truth.

What do you think? Is it time for Fauci to leave government service?