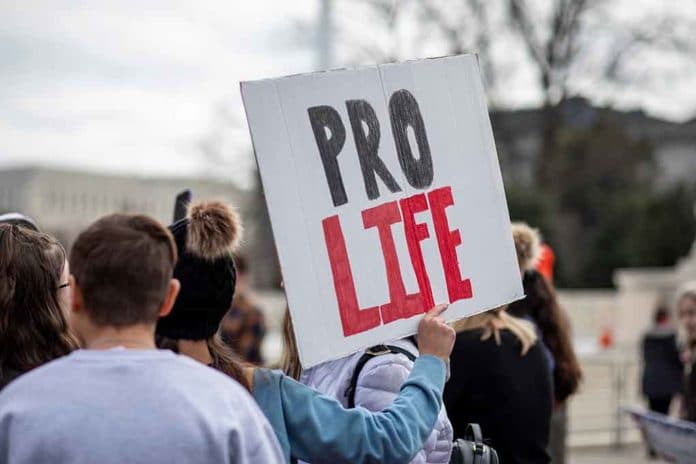 (TheDailyHorn.com) – The pro-life movement keeps adding up victories in statehouses and the federal courts. In December, the US Supreme Court heard a case involving a new Mississippi abortion law that prohibits an abortion after 15 weeks of pregnancy. The Supreme Court refused to stay a Texas abortion law that allows civil lawsuits against anyone who aids in an unlawful abortion. Now, Florida is setting its sights on a new law that would be the strictest abortion law in state history.

Following in the footsteps of the Missippi abortion law, on Thursday, the Florida state legislature passed an abortion law on March 3 that prohibits the practice after 15 weeks. It’s now headed to Gov. Ron DeSantis’ desk for his signature. Before the vote, Gubernatorial spokesperson Christina Pushaw said the Republican governor is pro-life and would sign the legislation into law. The current state law makes abortion illegal after 15 weeks of pregnancy unless it would save the mother’s life, prevent serious injury, or if the fetus is fatally abnormal.

An abortion bill headed to Florida @GovRonDeSantis's desk is poised to become the strictest abortion ban in the state's history.

West Virginia and Arizona are considering similar legislation. They are unlikely to face lawsuits since the abortion laws are the same as Missippi’s. Their fate will lie with the US Supreme Court’s ruling in late June or early July.