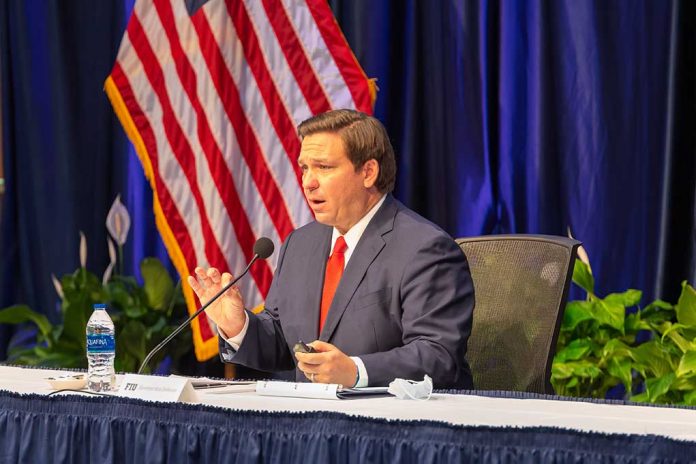 (TheDailyHorn.com) – It’s been seven months since Joe Biden assumed office. During that time, the immigration crisis on the southern border has grown out of control. It’s now the worst it’s been in decades.

Migrants claimed they were coming at Biden’s invitation thanks to his 2020 campaign rhetoric and the current ease of getting into the United States once they arrive at the border. In March, the administration refused to call the situation a crisis and referred to it only as a challenge.

When it comes to what’s going on in Cuba, it’s an entirely different story. The administration says it will refuse Cubans who leave the small communist island nation entry to the United States. Florida Republican Gov. Ron DeSantis slammed Biden for refusing to help Cuban refugees while allowing hundreds of thousands of illegal migrants into the US from Mexico and Central America.

I urge President Biden to assist in providing internet access to the people of Cuba standing up against communist oppression and demanding a voice after decades of suffering under a cruel dictatorship.https://t.co/fjSKNxuchW pic.twitter.com/br4iPHZ4k1

DeSantis wrote to Biden and alleged the refusal of the administration to allow Cubans into America is political, as the majority of American Cubans are Republicans. The governor urged President Biden to stand up to the oppressive communist regime.