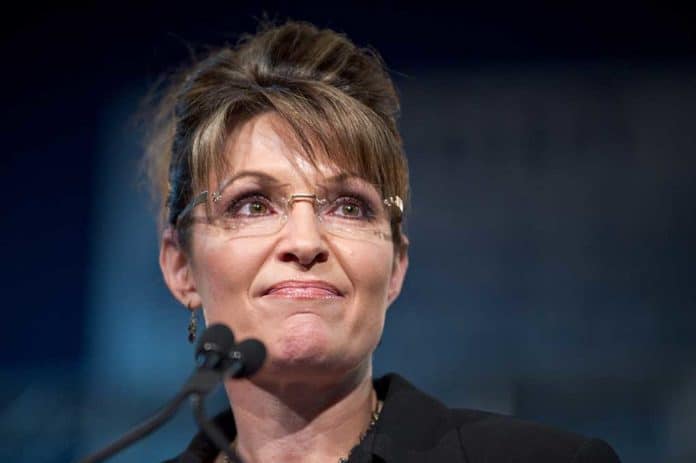 (TheDailyHorn.com) – Prince Harry and Meghan Markle drew intense interest since members of the media reported they were dating. In March, the Prince and Duchess gave a wide-ranging interview to Oprah in which they detailed how they were treated poorly by the royal family. Recently, Harry participated in a tech panel forum about social media. The prince claimed he warned Twitter CEO Jack Dorsey about the January 6 riot on Capitol Hill before it occurred. That assertion caught the intrigue of former Republican vice presidential candidate and political pundit Sara Palin.

The former Alaskan governor said she had no idea where Prince Harry came to that conclusion and criticized his comment. Sarcastically, Palin said no one who claims to be prophetic predicted the awful day on January 6. The one-time vice presidential candidate also said she didn’t appreciate or like it when people air dirty laundry about their family in public. She also insinuated that Harry and Meghan were capitalizing on their position by publicizing the royal family’s struggles and interpersonal relationships.

The issue about airing family grievances appears deeply personal to Palin. Palin’s marriage struggles played out in public view for several years, and she ultimately divorced her longtime husband, Todd Palin. Additionally, the mainstream media practically stalked her daughter throughout her pregnancy and her eldest son’s private family matters.