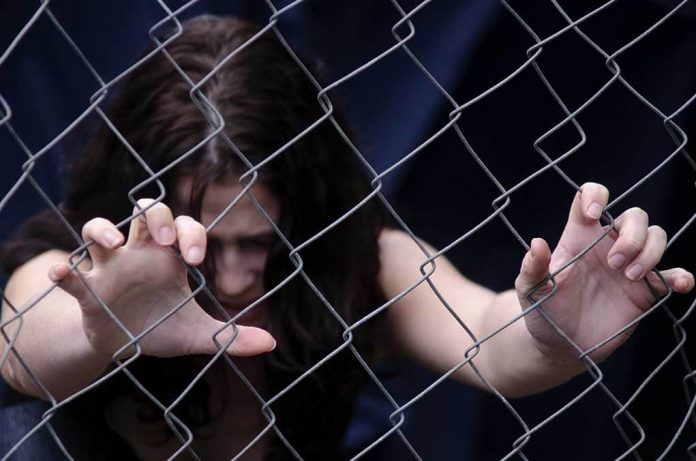 (TheDailyHorn.com) – In recent weeks, the crisis on the southern border has been intensifying. On Wednesday, Investigative reporter Sara Carter chronicled a story for Fox News host Sean Hannity from the border on June 2. Carter interviewed a suspected human trafficker along the Rio Grande between Texas and Mexico. Additionally, she captured a disturbing scene on video.

Carter met the man as he came ashore on the US side of the river on a raft. He admitted to Carter that he smuggles anywhere from one to five people every day. The criminal trafficker also said he worked for someone else. Carter asked if his bosses were in Mexico or the US, but the man refused to answer that question.

Just before the man came ashore, Carter’s camera captured a horrifying scene upstream. A group trying to cross the river illegally ended up in the water. She videoed them crying for help as they shouted that they were drowning. Before the Texas National Guard or border patrol could get to the migrants, an apparent smuggler got them back on the boat.

The independent investigative reporter revealed to Hannity that smugglers often taunt US and Texas officials working the border. They appear to revel in the US’s inability to stop their criminal enterprise.