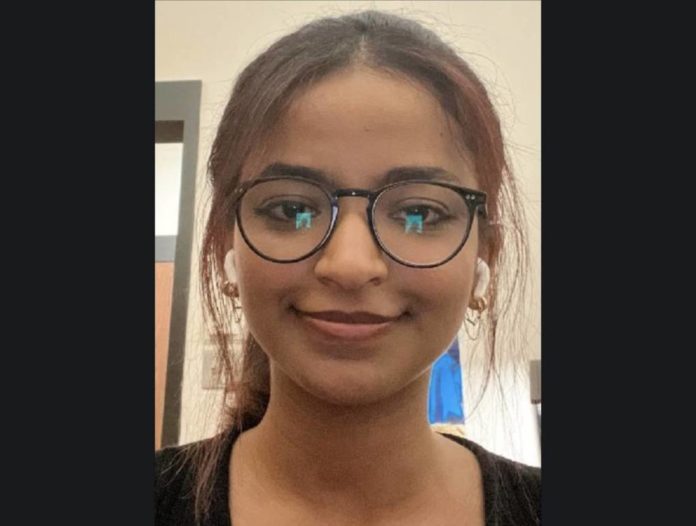 A Princeton University student vanished from the school this last weekend. She was last seen in the early hours of Friday morning. Her family and friends have not been in contact with her, and police are intensifying their search.

Ewunetie was last spotted around 3 a.m. on Friday, near a residential building on campus, the university said. To locate her, the university’s public safety department is ramping up its search efforts after reporting her missing on Monday.

“As part of the continuing efforts to locate missing undergraduate student Misrach Ewunetie ’24, there is an increased law enforcement presence on and around campus today, including the use of a helicopter, drones, and watercraft,” according to an update released by the university on Wednesday morning.

20-year-old Misrach Ewunetie has been missing since the morning of Friday when she was spotted near the Scully Hall dormitory on Princeton University’s campus.

With brown eyes and black hair, Ewunetie was described as standing about 5 feet, 4 inches tall, and weighing 130 pounds.

The Daily Princetonian reports that students received a notification just before 9:20 p.m. on Monday that Ewunetie was reported missing and had last been seen near her residence hall.

The school newspaper reported that Ewunetie had not contacted her family or friends for several days, according to the dean of the university’s New College West, where she was a student.

The U.S. Sun interviewed Equnetie’s brother, Universe Ewunetie; he shared how scary this situation is. He told them that he was experiencing “a nightmare that I cannot wake up from.”

According to the report, Universe’s sister was supposed to have an appointment on Saturday regarding her citizenship but never showed up.
His statement also mentioned that he was able to view her cell phone’s location thanks to the software she enabled. He told the site that the phone appeared to have been found near a residential complex on Sunday morning.

“That’s the last place her phone pinged,” her brother reported. “It’s very unlike her to turn off her phone; kids these days don’t turn off their phones; they love their phones.”

Universe said that the K9 and police searches didn’t yield any results, and a warrant couldn’t be obtained.

According to Universe, his sister met with the university’s Terrace Club members that night before disappearing, a club known for hosting live music performances.

Please contact the Department of Public Safety at (609) 258-1000 if you have any information regarding Ewunetie’s whereabouts.