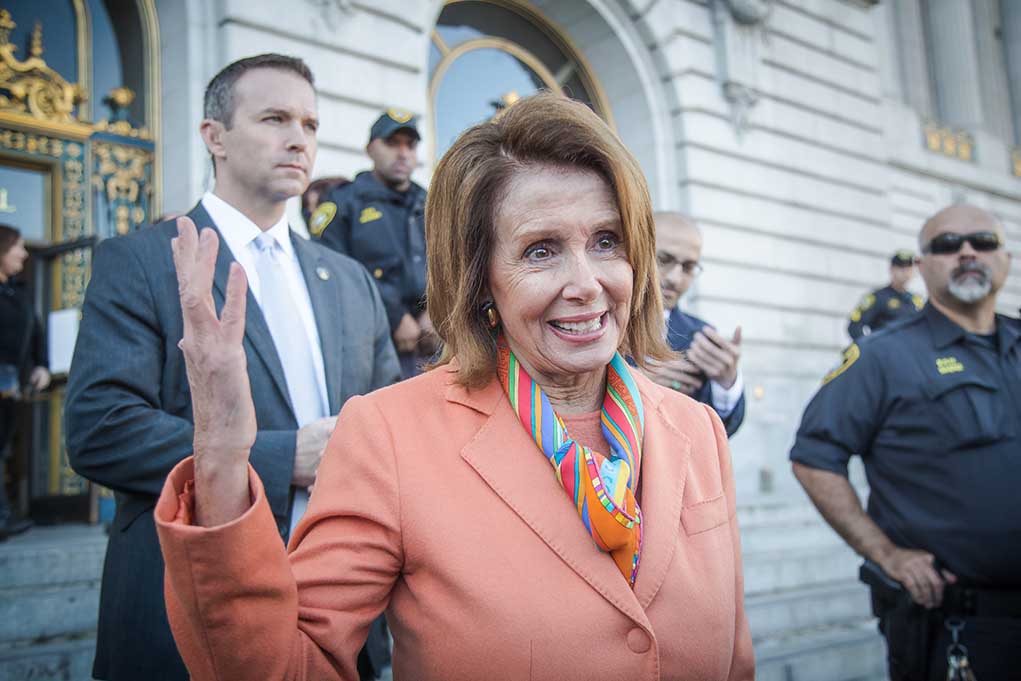 (TheDailyHorn.com) – House Speaker Nancy Pelosi (D-CA) has been a member of Congress since 1987. Over the past twenty years, Pelosi has been in the House Democratic leadership in one form or another, including as the minority leader and speaker of the House.

Pelosi has an ironclad grip on the Democratic Party, and, unlike President Joe Biden, has never claimed to be a uniter. In an online speech to voters, the Speaker listed her accomplishments over the last 30 years but failed to mention any in 2021. She suggested that her re-election was vital to protect American democracy and insisted that “equity” would be her mandate.

Pelosi is unlikely to face a serious primary contender in 2022. In 2020, she handily defeated her primary opponent by over 50 points. Pelosi’s 2020 primary opponent says he is running in the primary again in 2022 against the highly popular far-left San Francisco liberal. The odds of him winning are virtually non-existent based on Pelosi’s past election track record.

Will Pelosi Run for Speaker or Minority Leader?

Pelosi may feel the urge to fight for the causes she’s promoted over the last few years as Democrats face a potential “shellacking” in November. She currently presides over the smallest House majority in nearly a century.

Yet, in 2021, Pelosi put moderate Democrats in a highly vulnerable position as they voted in the House to approve the radical Build Back Better proposal that would transform America’s culture, economy, and government.

If Democrats get lucky and maintain the majority in the House, would Pelosi run for speaker again? She’s not saying if she will or won’t. The Left is unhappy with her leadership, and she’s likely to face a serious insurgency that could force her out of the role of speaker.

If Democrats lose, it’s unlikely the party would reward her by reinstalling her as its leader in the House. It would be the second time Pelosi lost the speakership.

In 2010, the GOP won historic numbers in the House after Democrats passed Obamacare and voters rebelled. After the 2020 election, moderate Democrats warned that the party its key narratives needed to change. Yet, they walked the plank of the Left in 2021. So, what does that tell you about Pelosi’s influence and power within the Democratic Party?

Why is Pelosi Running Again?

It appears Pelosi believes she’s an asset to the party, which has moved further to the left in recent years. In her speech, the speaker mentioned numerous things that support a far-left worldview. She claimed that America needs her to protect the country from conservative Republicans, and that democracy is at risk over alleged assaults on truth in the wake of the January 6, 2021, riot. She also said Republicans are assaulting voter rights.

Regarding policy initiatives, Pelosi said she would fight for healthcare, Social Security, Medicare, and Medicaid, and fight Republicans on COVID policies — all under the umbrella of equity.

Therein lies her true agenda. Equity is the Democratic code word for socialism. It means she’s fighting for equal outcomes, not equal opportunity. Democrats believe only the government can guarantee an equal outcome when it comes to personal finances and healthcare. In any other country, equal-outcome policies would be labeled socialism.

So, there you have it. Pelosi is running again to ensure the left-wing has a senior leader. Will it even matter if she’s in leadership? Her presence in the party alone will yield a tremendous influence, and perhaps even more so if she’s unshackled from leadership to pursue coalition building within the Democratic apparatus.

One way or another, we’ll soon learn her fate.