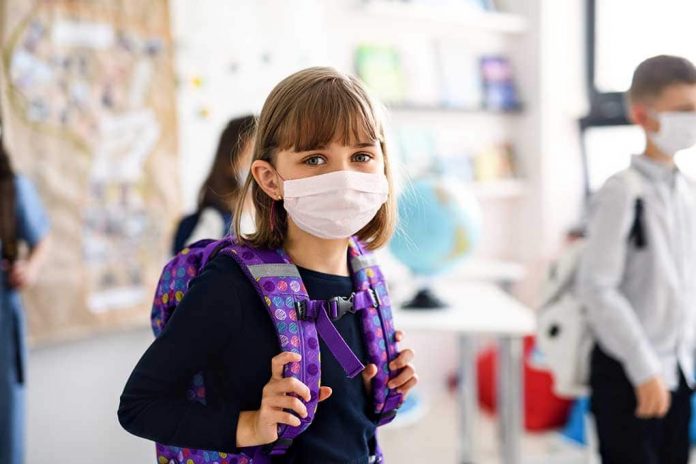 (TheDailyHorn.com) – On Thursday, May 13, the CDC revised its mask mandate guidelines. The government health agency said masks and social distancing were no longer necessary for fully vaccinated people. As a result of the new guidelines, many states dropped or revised their mask mandates.

However, some school districts are maintaining their mask requirements. As a result, at least three states are stepping in to end the practice of making students and staff wear masks at schools.

State legislatures passing laws to prevent local governments and school districts from imposing their own mask rules include Iowa, Texas, and Utah. On Thursday, May 20, Iowa’s Republican Gov. Kim Reynolds became the latest leader to sign a law ensuring local officials don’t put their own mandates in place. Utah’s legislature has passed similar legislation, but the governor has not announced whether he will sign it or not.

In Texas, Republican Gov. Greg Abbott took it a step further. The governor recently signed an executive order that said local officials could be fined $1,000 if they attempt to impose a mask mandate.