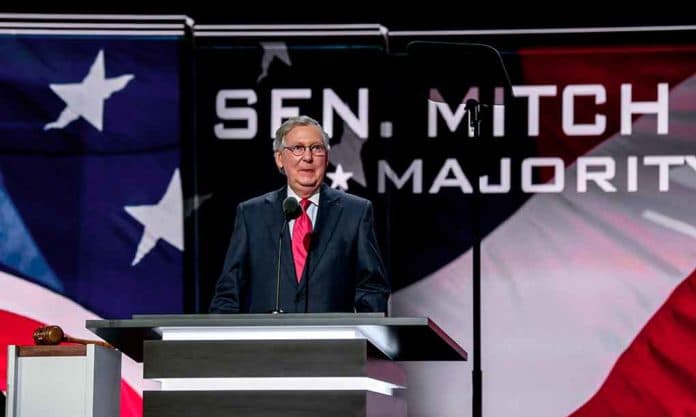 (TheDailyHorn.com) – The House Select Committee investigating the January 6 incident at the Capitol has ruffled a lot of feathers. For the most part, GOP members of Congress stood against the investigation, including Senate Minority Leader Mitch McConnell (R-KY). However, recent remarks from the Senator show he may have changed his mind, a fact that leaves some Conservatives upset.

During the December 17 airing of his War Room podcast, former Trump strategist Steve Bannon went after McConnell for what he said during a recent Spectrum News interview. McConnell spoke highly of the committee’s work. Bannon accused him of betraying the Republican party and former President Donald Trump.

The host said the Senator is helping liberals to ruin the country. He pointed to McConnell’s deal with Senate Majority Leader Chuck Schumer to lift the debt ceiling through a simple majority vote. When he did that, Republicans had power in the Senate and could have used the debt limit for negotiations.

The former president voiced similar opinions in a statement on December 18. He called McConnell “the best thing that ever happened” to the Democrats.

Bannon also predicted McConnell won’t be the majority leader if the GOP takes back the Senate in 2022. He said the Senator lacks loyalty and isn’t fit to head the party.