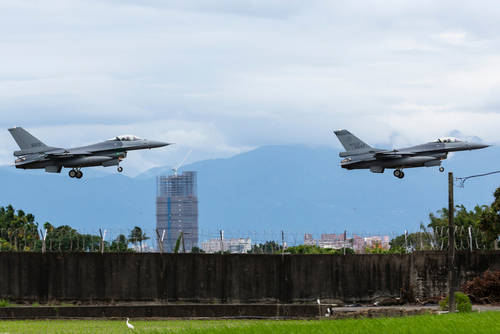 Pelosi led a Congressional delegation to Taiwan last week, where she praised Taiwan’s “democratic values” and “self-governance” and assured the island that the United States will uphold mutual security interests in the region.

The White House considered China could use Pelosis trip last week as a pretext to escalate tensions, but the president insists that the United States would not “be cowed” by Chinese “saber-rattling”.

Tensions remain high in the region after Speaker Pelosi’s visit.  On August 4th, China fired missiles into the water off eastern Taiwan in response to House Speaker Nancy Pelosi visiting the island.