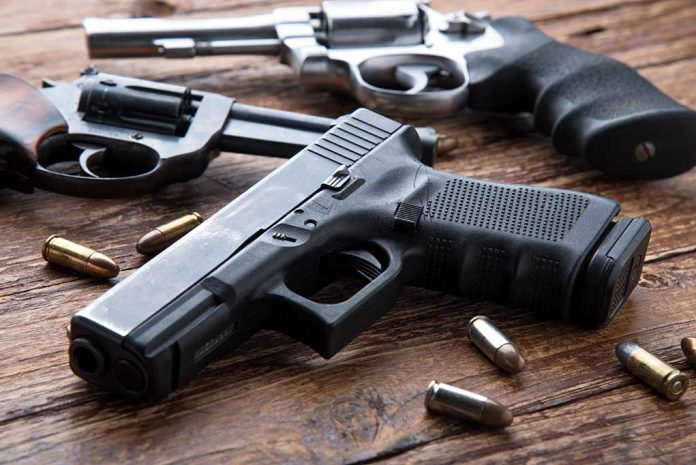 (TheDailyHorn.com) – If Joe Biden and Democrats want to know why Americans are hesitant to give up their guns, all they need to do is look at what’s happening in Afghanistan. In the wake of the US military withdrawal from the Middle-Eastern nation, the Taliban took only six days to take back the country after 20 years of minority status in the former terrorist haven.

After taking over Kabul, Mullah Abdul Ghani Baradar became the leader of the Islamic Emirate of Afghanistan. He congratulated the country on its “unexpected victory” and got to work assuring civilians of their safety.

#Taliban fighters in the Afghan capital, Kabul, start collecting #weapons from civilians because people no longer need them for personal protection, a Taliban official said.https://t.co/YxzOzsBwIs

Within hours, the Taliban was knocking on doors and taking people’s guns away from them. Taliban officials claimed that citizens no longer needed their weapons for personal safety and that everyone can now feel safe because the terrorist regime is back. It’s a familiar refrain. Leaders know that if they are going to seize more power, they must disarm citizens before instituting their authoritarian regimes.

Disarming Afghans is one thing, but doing it to Americans is another because of the Second Amendment. Of course, that isn’t stopping Democrats from striving to fulfill their dream of taking guns from law-abiding citizens, but it does mean they’re likely to encounter significant roadblocks on the way.