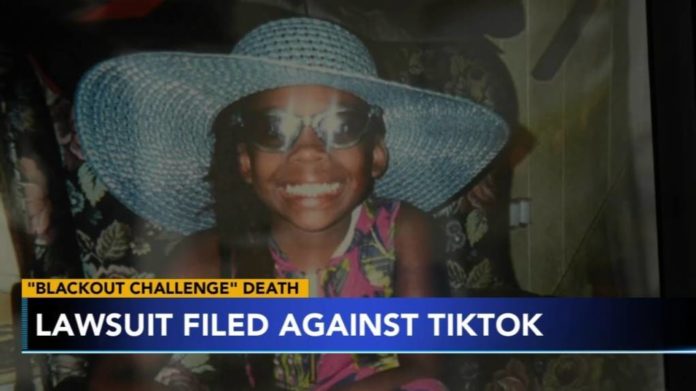 A lawsuit was filed on Thursday by the parents of two girls who died after viewing a “blackout challenge” on TikTok. The suit claims TikTok’s algorithm intentionally served the children dangerous content and failed to take significant action to stop the videos or warn parents.

Arriani got a phone at age 7, signed up for TikTok, and soon discovered challenges. Her parents thought these challenges were harmless, and did not regard them as dangerous. However, at age 9, she died after attempting this dangerous challenge.

Lalani also died after hanging herself from her bed while attempting TikTok’s “Blackout Challenge”.

Lalani and Arrani are not the only children to die while allegedly attempting the blackout challenge, several other children have also lost their lives while giving the challenge a shot.

Dangerous online challenges have circulated on the internet for years. This include challenges that involve biting or swallowing Tide pods, consuming large amounts of Benadryl, or getting out of a moving car to dance on the street.

For more information on this story, check out the following news outlets listed below.