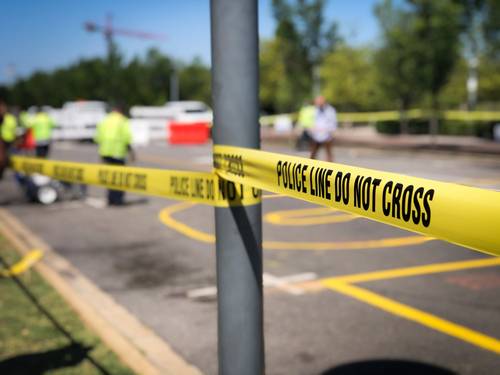 In Iowa, two teenagers killed a Spanish high school teacher because they were angry about their poor grades.

On Nov. 3, 2021, the Spanish teacher was found dead in a Fairfield park after she had been fatally beaten with a baseball bat.

To conceal her death, a tarp was placed over her body. The horrific discovery was made only a day later.

Jeremy Goodale and Willard Miller are accused of killing their high school Spanish teacher Nohema Graber in Fairfield, Iowa, last year. It wasn’t until this week that investigators figured out what motivated the killing.

Teenagers complained about Graber’s teaching methods, and their GPAs in her class were affected.

Miller and Graber met at Fairfield High School to discuss Miller’s poor grades, according to a police investigation.

According to authorities, Graber later drove in her van to a nearby park where she would walked most days after class. In less than an hour, several witnesses saw two males inside her van leaving the park.

In the end, the boys ditched the van alongside a rural road.
When the two students walked back to town, Goodale called a witness to pick them up.

According to reports, the students claimed a “roving group of masked kids.” forced them to move the body and drive her van.

Miller initially denied knowing about Graber’s death and disappearance, but he eventually admitted knowing about it but was not involved. Goodale allegedly made statements incriminating Miller and Goodale.

Authorities allege that the two students stalked, murdered, and hid the body of their teacher.

The attorney is seeking to suppress Miller’s cell phone and Snapchat evidence. Four search warrants have been overturned so far.