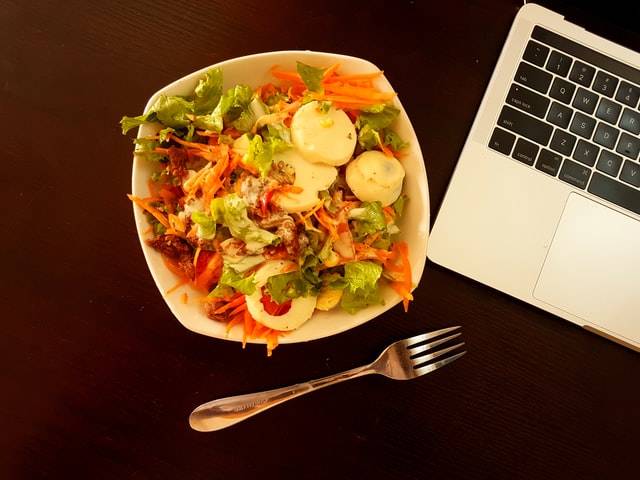 Drop that fork! Why eating at your desk is banned in France – NPR

The French labor code prohibits workers from eating lunch in the workplace. The solo work lunch is also shunned.

The French lunch break was born during a public health crisis and was nearly wiped out during another health crisis.

Martin Bruegel, a food and culture historian, says workers’ eating habits changed in the 1890s as cities grew and factories were located farther away.

Workers in sweatshops and matchbook factories picked at their food with their fingers, despite being in dirty conditions. Nearly every job had some sort of health risk in the workplace. Even department stores had more microbes per cubic foot than outside!

Doctors discussed how to clean the air in dirty workspaces. The government banned lunch in the workplace to get people outside and open the windows.

The law had unforeseen consequences as people spilled into crowded streets and littered the local parks. However, legislators insisted that the law remain. Worker safety was at stake, so lunch outside the workplace became a treasured part of French culture.

The French lunch-break law was put on pause in 2021 as a COVID precaution. Historian Bruegel fought back through his writing, stating that people are happier when they take some downtime during the workday.

Bruegel argues that the lunch break is good for individuals and companies, but it’s also good for society. People who eat together can talk about issues and work out tensions or different opinions.

This odd law is a unique part of French culture, something that would scarcely be seen in countries like the United States that value multi-tasking and hustle.

For more information on this legislature, consider the following news outlets listed below.