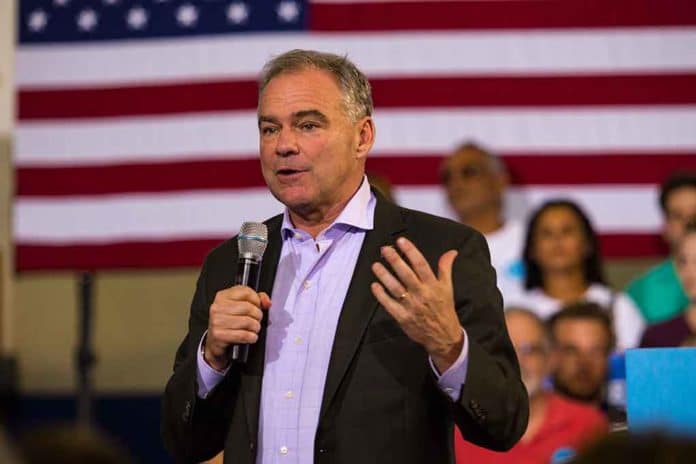 (TheDailyHorn.com) – Some Democrats are struggling due to a severe case of hypocrisy. It’s almost a pandemic unto itself. The question is, do their actions risk alienating their voters?

After a high school yearbook photo of Northam adorned in blackface next to a student wearing a Ku Klux Klan robe and hood surfaced in 2019, calls rang out for the governor to resign. He refused to do so and ultimately weathered the storm until the end of his term. Republican candidate Glenn Youngkin won the Virginia gubernatorial election last November against former Democratic Gov. Terry McAuliffe.

At the time of the scandal, the Virginia Democratic Senator said the photograph inflicted incredible hurt and irreversibly broke the trust of Virginia voters. Kaine said Northam should step down over the photo. Now, the Senator says that despite his call for Northam to resign in 2019, he’s glad the governor didn’t listen to him. To compound the hypocrisy, Kain recently stated that Northam is the most consequential governor for the state in the modern era.

In the age of hyper-partisanship, should anyone be surprised at Kaine’s hypocritical reversal?