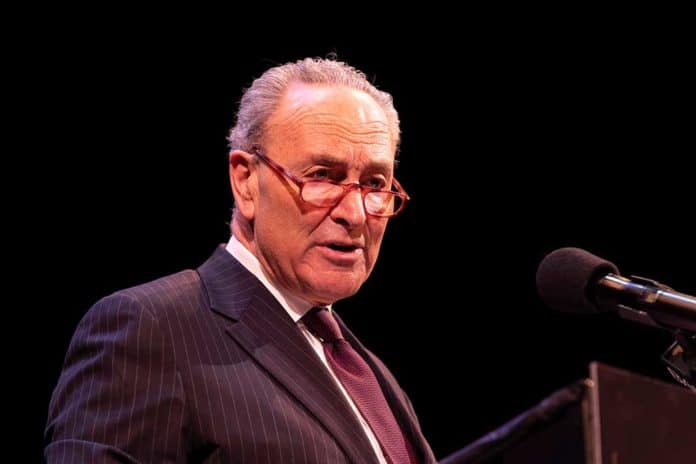 (TheDailyHorn.com) – For well over a century, the Senate filibuster existed in one form or another. The Senate rule requires that 60 of the Senate’s 100 Senators agree before debate on legislation can begin. Without a debate on the Senate floor, there can be no vote. The filibuster has served to ensure the majority party doesn’t use its power to unilaterally roll over the minority party and erode voter representation in the Senate.

Yet, depending on who’s in power, the desire to erode it is always present when the minority party doesn’t cooperate. That’s where we find ourselves today as Republicans buck Democrats on their semi-socialist Build Back Better agenda and supposed voter rights reform measures. Both bills are now dead in the Senate due to lack of Republican support.

On Wednesday, January 12, Sen. Tom Cotton (R-AR) threw a few jabs at Senate Majority Leader Chuck Schumer (D-NY). Since taking the majority in January 2021, Schumer has led the smallest Democratic majority possible. The Senate is evenly divided between Democrats and Republicans, with Vice President Kamala Harris as the tiebreaker. Cotton used Schumer’s words against him when Democrats were in the minority. Schumer said:

Cotton added that Schumer’s words were an eloquent defense of the Senate filibuster. Yet, now that he’s in charge in the slimmest majority possible, there isn’t a better argument to ensure the filibuster remains.