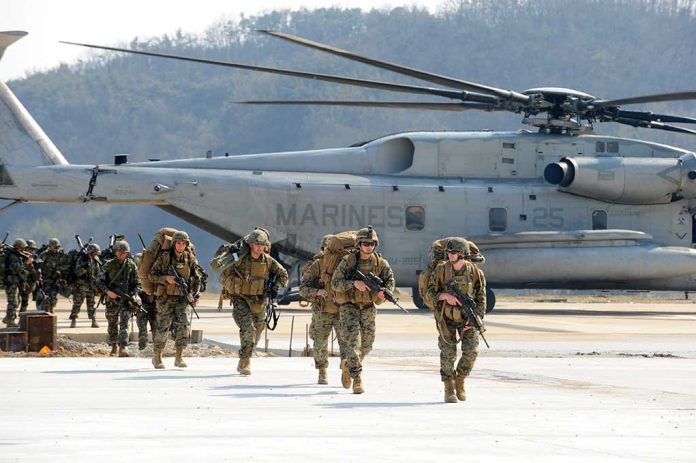 (TheDailyHorn.com) – It’s not unprecedented in recent US history for a Democratic president to withdraw the US military from a hostile environment before having to return troops to that location later. According to a three-star general who has advised three presidents, that’s now the likely outcome in Afghanistan.

The former general, who wishes to remain anonymous, unleashed on President Joe Biden, claiming the world now thinks of the United States as a laughing stock.

So, why is the former officer so confident America’s military will be back in Afghanistan soon? He said the nation is run by “narco-Islamic terrorists” and is wedged between nuclear-capable Pakistan and aspiring nuclear power Iran. The blurred borders between the three countries create obvious problems, and Afghanistan also neighbors communist China and Russia.

Afghanistan is likely to harbor terrorists who will plot against America. The US and NATO now have no bases in the region or soldiers on the ground there.

It’s not the first time the United States military has dealt with a bad presidential decision. In 2011, former President Barack Obama tried to wrap up the war in Iraq early and ordered a withdrawal of troops. Then, in 2014, a new terrorist group called ISIS formed, forcing Obama to send the military back in.

Could Biden be repeating Obama’s mistake? Will the US military need to go back into Afghanistan sometime in the not-so-distant future? According to this former top military official, there’s not much doubt.