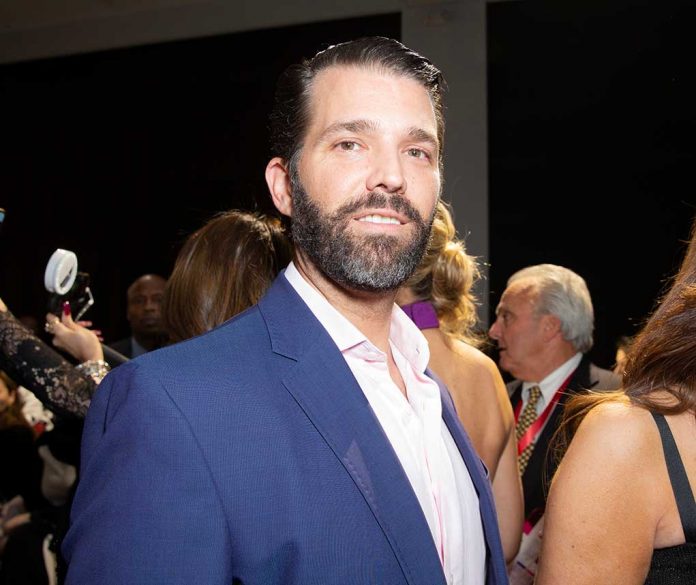 (TheDailyHorn.com) – President Joe Biden’s son, Hunter Biden, can’t seem to keep out of the headlines these days. He’s the subject of at least two federal investigations and the recent publication of his memoirs detailed decades of drug abuse, setting of one headline after another.

However, the mainstream media didn’t appear to be paying any attention to him on June 8.

Some of Hunter Biden’s text messages were released by a British tabloid that day. The revealed scandalous, racial rhetoric between him and his white lawyer. Hunter flippantly called his attorney the N-word on numerous occasions. As one can imagine, that didn’t sit well with former President Donald Trump’s two sons.

.@DonaldJTrumpJr on Hunter Biden n-word bombshell revelations: “Try to imagine one of the Trump kids dropping the n-word…They would lose their damn minds…" https://t.co/AO6zWnqt5Y

Donald Trump, Jr, said if the media got wind that he or his brother, Eric, ever said something like that, the media would lose their minds. He added it would be the lead story in the liberal media for weeks on end. Yet, there’s not a single word from the mainstream news outlets when it comes to Hunter Biden. Don Jr added that the left isn’t “intellectually honest” and only cares about race when it benefits their liberal narrative.

Eric Trump went even a step further. He stated that he raised $30 million to help children dying of cancer before he was 30 years old, and the media makes him out to be a bad person. Hunter is addicted to drugs, uses racial slurs, sells his father’s influence for personal profit, and he’s praised by the media.