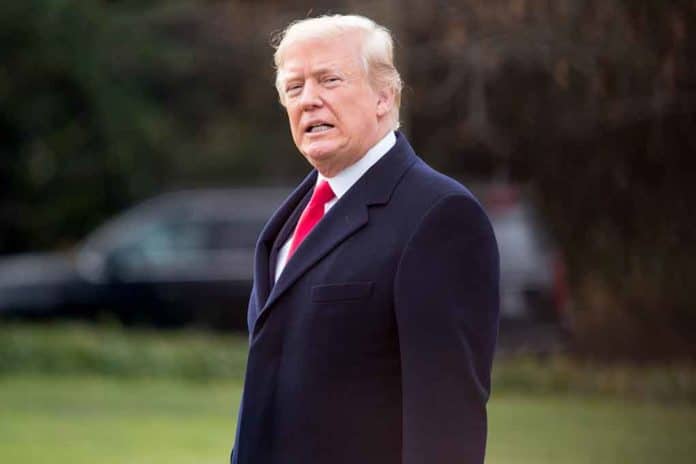 (TheDailyHorn.com) – It appears that Rep. Lauren Boebert (R-CO) isn’t the only Republican who has strong feelings about far-left Rep. Ilhan Omar (D-MN). On Tuesday, November 30, former President Donald Trump blasted the Democratic socialist and said she should apologize for abandoning her former country, marrying her brother, and committing immigration and voter fraud.

The former president’s demand for an apology from Omar comes after the firebrand socialist and Boebert got into a dispute with her. On Friday, a video surfaced of Boebert talking to what appeared to be a group of supporters at home in Colorado. She alleged in a joke that Capitol Police mistook Omar for a terrorist in an elevator in a “jihad squad” moment.

The conservative said she got in an elevator and noticed an armed Capitol Police officer running towards the elevator as the door closed. Wondering what was going on, she turned to discover Omar on the elevator with her. Boebert said Omar didn’t have a backpack, so everyone was okay, insinuating she wasn’t a Muslim terrorist.

Since the video’s surfacing, demands rose for Boebert to apologize. On Friday afternoon, the Colorado Republican issued a statement apologizing for offending anyone in the Muslim community.

Omar is a Somalian-born Muslim who was granted asylum in the US as a child in 1995.