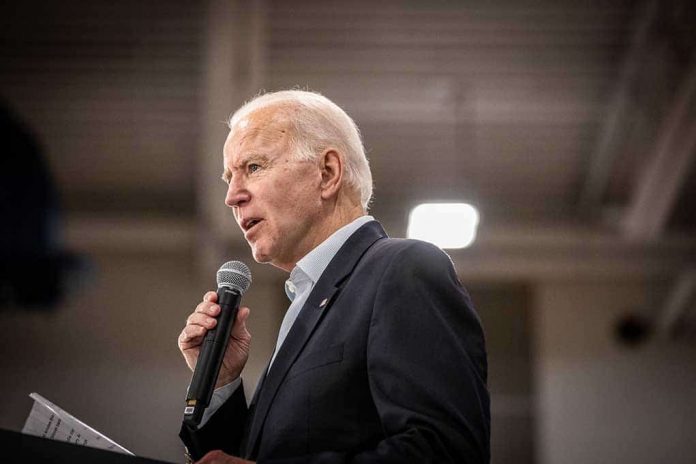 (TheDailyHorn.com) – The media is finally taking on President Joe Biden as Afghanistan continues to spiral into chaos. Among the figures taking shots at the president is reliable Biden critic, Fox News host Tucker Carlson.

On Monday, August 16, Carlson tore into Biden and his administration. Some might be surprised to learn of this, considering Tucker was a strong proponent of ending the war in Afghanistan. However, ending the war and botching the withdrawal are two different things.

Tucker Carlson Proclaims We Are Led by 'Buffoons' in Blistering Takedown of Our Political Establishment https://t.co/etOBxSQAD6

Carlson opined that “buffoons” lead America. In his commentary, the Fox News host warned America once again that US generals and leaders, all the way up to Biden, are more concerned about “white rage” and masks than they are about protecting America from Jihadis.

As he did during the Obama administration, Carlson reminded his viewers that incompetent people with “fancy degrees” and no experience are in senior positions in the Pentagon, the State Department, and the White House.

Regardless, Carlson said the blame lies solely with one person — Joe Biden. He’s the one who hired inexperienced intellectuals that brought America defeat and failure. What’s the outcome? According to Carlson, the point of the 20-year war was to bring meaning to the empty lives of neoliberal government workers and ensure the contractors who work for them get wealthy.

So, inept individuals lead America. They try to do something, watch it fall apart, and then move swiftly to the next thing. It’s raw incompetence at its best.