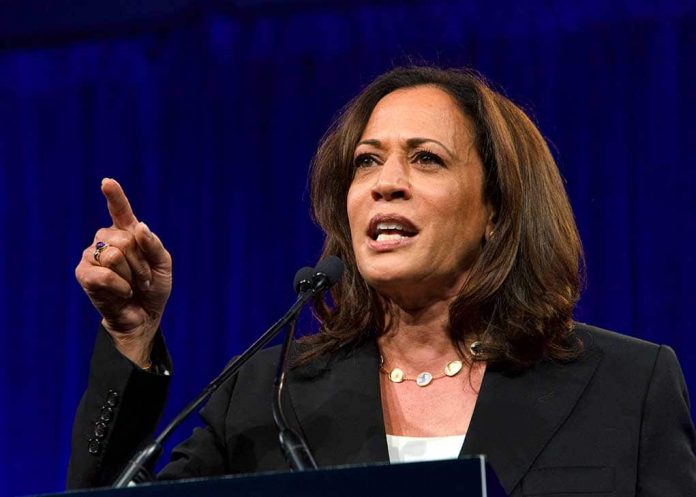 (TheDailyHorn.com) – Vice President Kamala Harris finally traveled to Guatemala to meet with President Alejandro Giammattei on Monday, June 8. It took her 75 days from the date President Biden appointed her to take charge of the illegal immigration crisis to make the trip. In the wake of her failed journey, Fox News host Tucker Carlson said it might not be a stretch to suggest she’s unpopular in Latin America.

Very frank and accurate article about our current VP. https://t.co/1YRouNgTVz

As Harris made her way to the presidential palace, scores of people lined the streets and mobbed the motorcade. They weren’t there out of excitement to meet a sitting American vice president. Instead, they were protesting. Signs ranged from “Kamala, Go Home” to one that read “Kamala, Trump won.” Yes, there was support in Guatemala for Donald Trump.

Carlson said no one should be surprised. According to him, Guatemalans know what corruption looks like, from their experiences living in Latin America. He alluded to the US 2020 general election not being a beacon of transparency or credibility.

Carlson added that the White House and State Department should have known Harris wouldn’t be greeted as a hero in a patriarchal country. Unfortunately, they are too ideological or incompetent to understand what they are doing.