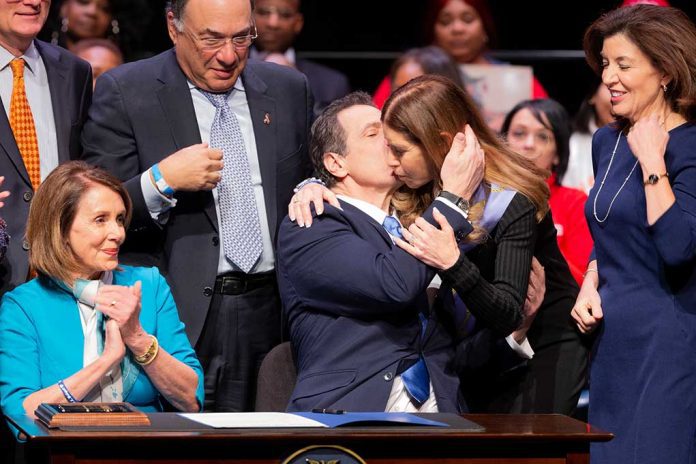 (TheDailyHorn.com) – On Monday, March 1, a third woman came forward to allege sexual misconduct by Democratic New York Gov. Andrew Cuomo. Despite these mounting revelations, many prominent Democratic leaders are remaining silent in what looks like glaring hypocrisy; it would almost certainly be different were Cuomo a Republican.

On Monday, a tweet by House Speaker Nancy Pelosi was discovered from 2015. She’s pictured beside Cuomo as they discussed sexual assault on college campuses.

Too many women are sexually assaulted while in college. Joined @NYGovCuomo to discuss why #EnoughIsEnough! pic.twitter.com/nDSkT3fTYj

Despite the silence by many leading Democratic women, a few started talking in recent days. Instead of calling for Cuomo to resign, they would like an investigation. Among them are Pelosi and Hillary Clinton.

However, there is one conspicuously absent female leader from the list. In 2018, then-Senator Kamala Harris accused Supreme Court Nominee Brett Kavanaugh of sexual misconduct. She also publicly said she believed women who accused Joe Biden of inappropriate touching in the past. Yet, not a word from her about Cuomo.

As the pressure intensifies on Governor Cuomo, stay tuned for developing news.