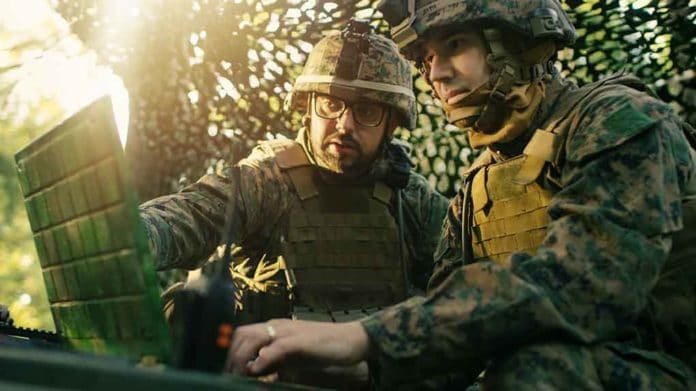 (TheDailyHorn.com) – In the wake of the January 6, 2021, riot on Capitol Hill, Democrats initiated a targeted campaign to label Republicans insurrectionists.

On Monday, January 10, the US Army announced that its young soldiers would participate in a “realistic” guerrilla war simulation in North Carolina. In the 1980s, the US military regularly encountered guerrilla warfare in central American countries led by dictators and communist regimes. Unfortunately, this is not the training the US Army is preparing soldiers for in North Carolina from January 22 to February 4. The Army says soldiers are training to combat seasoned freedom fighters.

What is a Freedom Fighter?

Merriam-Webster defines a freedom fighter as someone a person “who [partakes] in a resistance movement against an oppressive… establishment.” It’s doubtful that the Army is looking to fight against a Nelson Mandela-type figure overseas. It’s also not seeking to join freedom fighters resisting dictators or communist regimes around the globe. After all, the US just gave up Afghanistan to the Taliban, which the State Department has labeled a terrorist group.

Instead, the definition of freedom fighter sounds a lot like the language used to label Republicans as insurrectionists. The Army described the opposing forces and guerrilla freedom fighters as a fictional group called the Pineland Resistance Movement. The military could say the combat simulation combats Chinese, Russians, Iranians, or North Koreans. Military leaders aren’t saying that and instead are saying they’re preparing to fight freedom fighters who carry liberty flags.

Is the Biden Administration Preparing the Miltary to Fight Against Domestic Terrorists?

In early January, the Biden administration announced steps to fight against domestic terrorists in the wake of the Capitol Hill riot. On January 11, the Department of Justice (DOJ) announced it was forming a special unit focused exclusively on domestic terrorism. The US government elevated the threat of domestic terrorism inside the United States.

So, is this merely a conspiracy theory?

There are far more questions than answers.

Perhaps things aren’t as they appear?

Regardless, is this the best use of military resources while Russia is provoking a potential war with the West over Ukraine, China flexes its military muscles, Iran threatens Israel, and North Korea undertakes ballistic missile tests regularly?