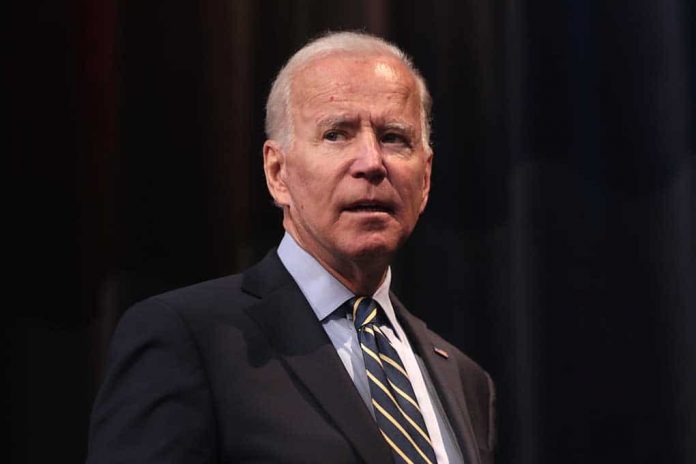 (TheDailyHorn.com) – On Thursday, September 9, President Joe Biden decreed that all businesses with over 100 employees would be mandated to force their employees to either get vaccinated or undergo weekly testing for COVID-19. If companies don’t comply, the Occupational Safety and Health Administration (OSHA) could fine them up to $14,000 per incident. The extreme measure had GOP governors and attorneys general hopping mad, and they’re vowing that Biden’s edict won’t be the final word on the matter.

The pushback is intense. Perhaps South Carolina Gov. Henry McMaster ® captured the sentiment the best. He said that Biden turned the American dream into a nightmare by declaring war on the Constitution and empowering the nation’s enemies abroad. He added that he would fight the Left to “the gates of hell to protect the liberty and livelihood” of those in his state.

Governors Immediately Push Back On ‘Unconstitutional’ Biden Plan: ‘Will Fight Them To The Gates Of Hell’ https://t.co/vHSNfiehaA pic.twitter.com/eadY5FcUTd

McMaster wasn’t alone in his frustration over Biden’s action. Twelve other Republican governors blasted the president as well. Each said they believed that the vaccine mandate was unconstitutional. Some went further, referring to Biden as a tyrant and claiming the judicial system needs to put him in his place.

On Friday morning, the president expressed his deep disappointment with the governors. Biden believes the public is with him on this issue. When asked about the GOP’s response to his mandate, the Commander in Chief said, “have at it.”