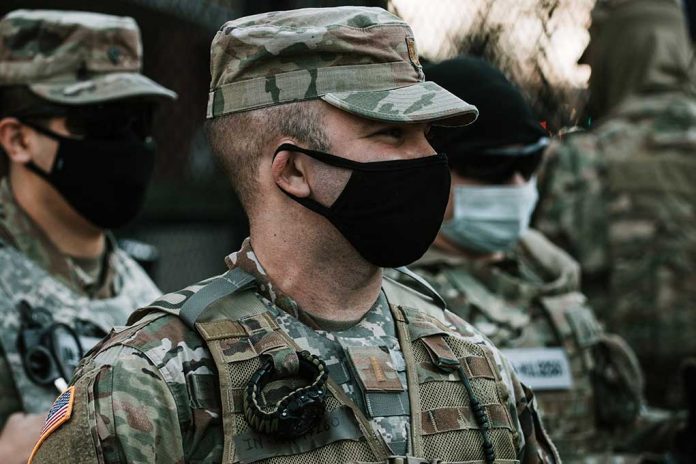 (TheDailyHorn.com) – Tensions are growing in Minneapolis in the wake of Daunte Wright’s death and the trial of former police officer Derek Chauvin in the George Floyd case. Not helping matters any, controversial Congresswoman Rep. Maxine Waters (D-CA) broke curfew with protesters and encouraged them to be “more confrontational.”

It appears some individuals may have heeded her advice. Around 4:19 am on Sunday, two National Guardsmen sustained minor injuries while patrolling a Minneapolis neighborhood.

The shooting occurred approximately five miles from Brooklyn Center, where Wright passed away after a police officer reportedly accidentally pulled a gun instead of a taser. Both the officer and her police chief and officer have resigned.