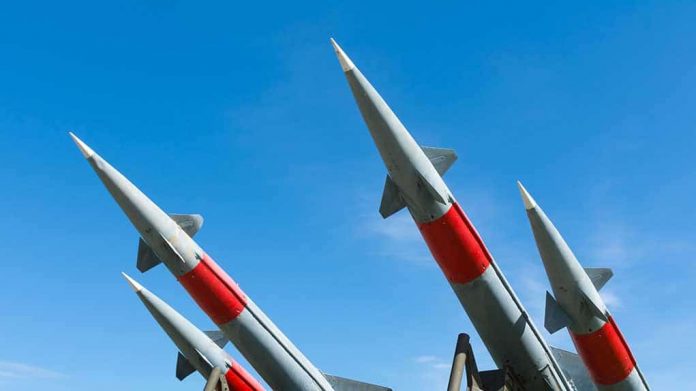 (DailyHorn.com) – In the hours after President Biden ordered airstrikes in Syria last week, US military personnel experienced heightened threat levels in Iraq due to retaliatory rocket launches. According to the Pentagon, the Syrian attack was intended to deter future hostile actions by small forces, such as Iranian-backed fighters in eastern Syria.

It appears someone didn’t get the message. On Wednesday, March 3, 10 rockets rained down on an airbase in Iraq hosting US service members and coalition forces.

In retaliation for the 2019 US killing of Iran’s leading general, Qasem Soleimani, Iran launched several missiles at this same base last February. While no one was killed in that event, around 100 US service personnel endured painful head injuries.

Biden is attempting to revive talks with Iran after former President Trump backed out of the 2016 nuclear deal with the Middle-Eastern country. However, the back-and-forth attacks between the US and Iran are creating concern that rising tensions in the region could escalate into something more significant. As Iran appears more emboldened, negotiations could be hampered.

No service members died in the attack on Wednesday. However, one contractor suffered a heart attack and died. Damage assessment to the base is on-going. No one claimed responsibility for the attack as of Wednesday afternoon. Iraqi security forces are investigating the attack.

Later this week, Pope Francis will be in Iraq for a historic four-day visit. It’s the first time a pontiff has ever visited the country, and there are fears the Islamic State or Iranian militias could target him. Not so long ago, ISIS attempted to eradicate Christians in the region; the Pope plans to visit areas where Christians were attacked. Additionally, Pope Francis intends to go to historically significant Christian sites.

In a break from protocol for a foreign dignitary visiting Iraq, the Vatican released the Pope’s itinerary to the public in advance of his visit. The Catholic Church hopes the Pope’s highly visible visit will improve relations between Christians and Muslims throughout the region.