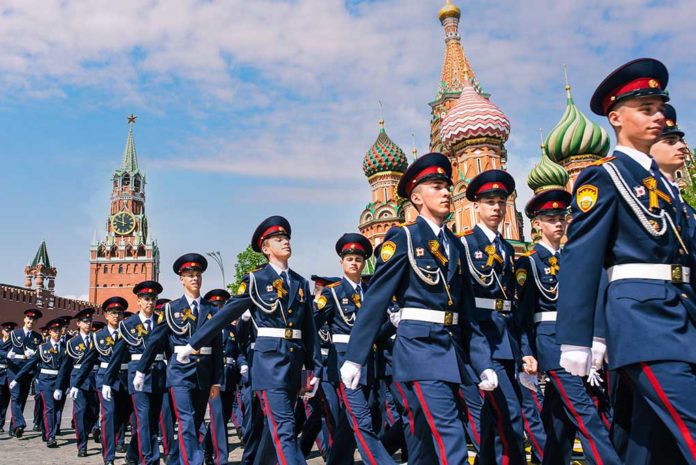 (TheDailyHorn.com) – There is growing concern that Russia may invade Ukraine in the coming days or weeks. Over the last month, the Russian military has shown significant force along its border with Ukraine.

Recently, US Secretary of State Antony Blinken said that the US is preparing for all contingencies. Russia has the capabilities to quickly invade the former Soviet Socialist bloc country. Ukrainian Defense Minister Oleksiy Reznikov said that 95,000 Russian troops are within striking range of his country.

Ukraine warns of a 'bloody massacre' if Russia invades amid tensions https://t.co/qtrKi09UiO @MailOnline

That’s not all Reznikov is saying. He said if there is an attack, it will be a bloody massacre, and many Russians will return home in coffins. The Ukrainian defense minister said if Russia invades, the consequences for Europe will be dire. As many as 4-5 million Ukrainians could seek asylum in European countries. In addition, a Russian invasion could hit Europe and Africa with food supply shortages, as Ukraine is a major food supplier to both continents.

Reznikov pleaded with President Joe Biden to step in and stated that it’s not a time to be timid or passive with Russia. He suggested that fear of provoking Russia was not productive at this time. The Ukrainians said the US estimates that 175,000 Russian soldiers could take Ukraine wasn’t possible. Reznikov said his country has 250,000 soldiers, 400,000 veterans, and 200,000 reservists. He believes 175,000 Russian soldiers wouldn’t be enough to get the job done.

The Kremlin denies it’s planning to attack or invade Ukraine. Reznikov says he believes Russia is trying to intimidate his country from aligning with NATO or western countries.