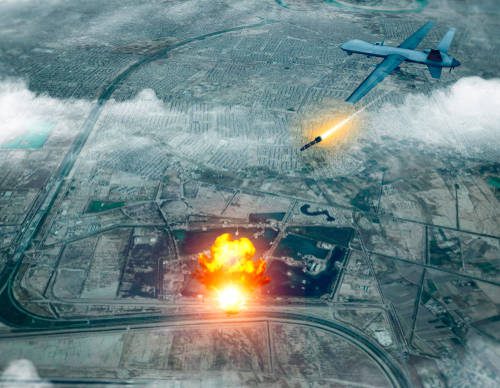 The U.S. government conducted a “precision counterterrorism operation” to kill Ayman Al Zawahiri, who served as Deputy to Usama Bin Ladin during the 9/11 attacks and was appointed as his successor in 2011 after Bin Ladin’s death. President Biden said that “justice has been delivered” and warned against those seeking harm to the United States.

President Biden said that he had authorized precision strikes to take Zawahiri off the battlefield once and for all and that Biden had given the final authorization to “go get him” on July 25.

Officials said Monday that Zawahiri was still an active threat to American persons, interests, and national security and that the US government had identified him in a secure home in Kabul.

After meeting with officials, President Biden authorized airstrikes on the al-Qaida targets in Afghanistan on July 25. Two Hellfire missiles were fired at Zawahiri’s compound on July 30, killing him. There were no civilian casualties.

The Biden administration closed the U.S. embassy in Kabul and withdrew all military assets from Afghanistan on Aug. 31, 2021, ending America’s longest war.

President Biden said his administration would continue to watch vigilantly for threats from Al Qaeda.

The Spokesman of the Islamic Emirate of Afghanistan, Zabihullah Mujahid, condemned the strike, saying it was carried out by American drones and violated international principles and the Doha Agreement.

A senior Biden administration official said the US government had not notified the Taliban of the intended strike.

Ayman Al Zawahiri had previously appeared in a video celebrating 20 years after the 9/11 terrorist attacks. Officials said he continued producing videos after arriving in Kabul and that more videos could surface after his death.