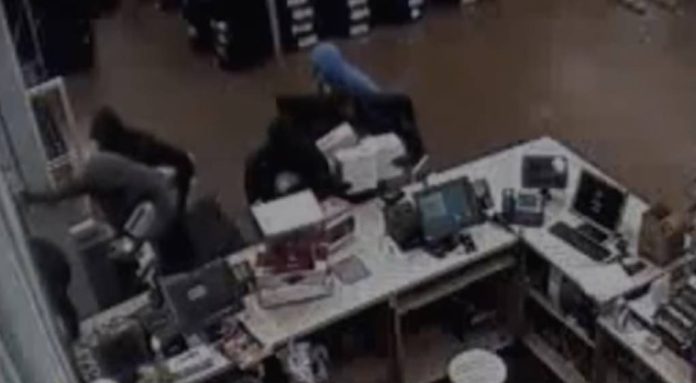 According to the Memphis Police Department, over 20 shoplifters stormed a Walmart store near Memphis, where they stole more than $7,000 worth of merchandise, according to a video released by the department.

Police said the items included car radio speakers, car batteries, a flat-screen television, amplifiers, and scooters themed to “Black Panther,” among others. There were 7715.80 dollars worth of items that were stolen.

Authorities believe that the 22 suspects entered the store on Elvis Presley Boulevard after throwing a tire iron through a glass window in the automotive department of the store, according to authorities. During the time when the incident took place, the store was open.

As reported by the police, the suspects fled the scene in cars made by Infiniti, Dodge, Chrysler, and Kia.

There have been no arrests made so far in connection with this case.