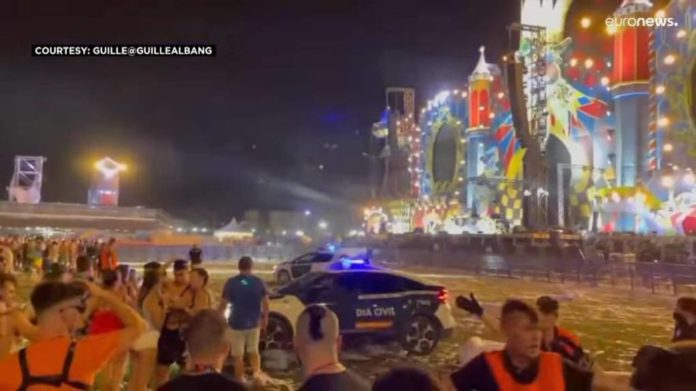 According to local officials, a stage collapsed at a music festival near Valencia, Spain, killing one person and injuring at least 40 concertgoers. The victim was a 22 attendee, according to officials.  Strong gusts of wind had damaged the stage. Wind gusts were reported at over 50 mph.

Ximo Puig, president of the regional Valencian government, offered his condolences to the family and friends of the young man that died at the Medusa festival near Valencia.

The organizers of the Medusa Festival suspended the festival due to inclement weather and formally canceled it on Saturday. Videos posted to social media showed high winds and structures falling off a stage.

Recently in Hong Kong, a large video screen collapsed in the middle of the boyband Mirror’s concert, injuring two male dancers. The other performers ran over to assist their injured colleagues amid horrified shrieks from fans.

Hong Kong Police reported that two male dancers were admitted to Queen Elizabeth Hospital “in conscious condition,” and three spectators were sent to the same hospital.

MakerVilles CEO Lo Ting-fai shared updates on the injured dancers, saying that one of them may be released from the hospital after undergoing a few observations.

MakerVille has issued a statement on social media, apologizing for the accident and offering refunds for those who attended. All remaining performances and live streams online will be canceled.

Legislator Priscilla Leung-ming has called for an in-depth investigation into the accident and questioned whether the accident was due to negligence by human beings or faulty oversight.

An online petition has been posted at Change.org, calling for safety at Mirrors concerts. It has gained 13,239 signatures.