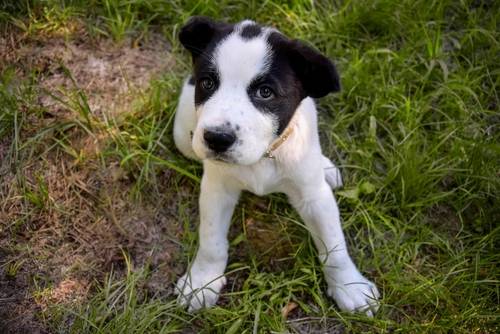 Jonathan Rivas heard yelping in the Klamath River community and saw a tiny puppy running toward him. He was able to carry the puppy to his car and posted a video on social media, which helped him reunite the puppy with his family.

Wildfires are known to displace many animals from their owners, adding to an already stressful situation.  Currently, the Siskiyou County website has updated pictures of lost animals that were found in the perimeter of the McKinney fire evacuation area.  With some luck, these animals will also have the same happy ending.

The McKinney fire, the largest fire to hit California this year, has burned over 55,000 acres of land and is responsible for the deaths of two people. The McKinney fire and the Oak fire outside Yosemite National Park show California’s fire season is accelerating again.

The McKinney Fire began burning in Klamath National Forest, Siskiyou County, on July 29. Nearly 2,000 residents have been forced from their homes, and the fire threatens more than 4,500 buildings.

The NIFC said that over 5.7 million acres had been burned in wildfires so far this year, and the number of wildfires is rising. California is particularly in danger from wildfires because of its long fire seasons.

A recent analysis by Cal Fire found that the current wildfire season in California continues to have conditions making fires more likely. The state is working on strategies to lessen the damage of wildfires going forward, but the more extreme the climate changes, the harder it is to adapt.