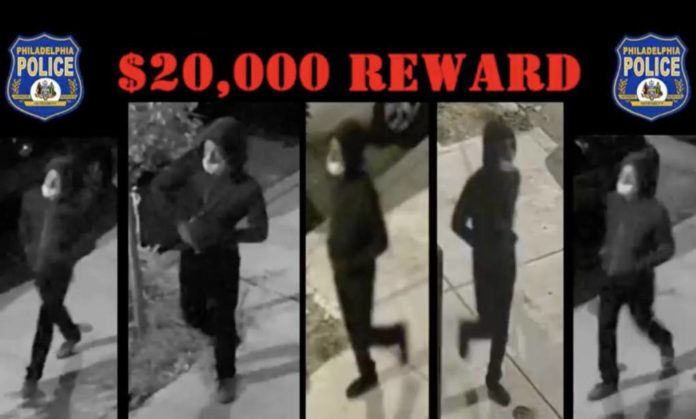 Police are investigating the fatal shooting of Everett Beauregard, 23.  Beauregard was a recent graduate of Temple University.  In a senseless attack, Beauregard was shot and killed on a sidewalk in West Philadelphia on Thursday, at about 12:30 am. This incident unfolded on the 400 block of North 35th Street in Philedelphia, PA.  Police are still searching for the suspect.

According to reports, Beauregard was walking home from a night out with friends.  Upon leaving the SEPTA station, the suspect approached Beauregard. The suspect turned back toward Beauregard and fired multiple shots towards him as he walked in the opposite direction. A bullet struck Beauregard’s neck, severing his spinal cord.

Officers arrived on the scene and Beauregard was taken to Penn Presbyterian Medical Center, where he passed away.

On Friday, police released surveillance video showing the suspect moments before the shooting. In the video, the gunman is seen passing Beauregard before turning around and engaging him with gunfire. The suspect fired multiple shots at the back of head. Seconds later, he can be seen fleeing north on 35th Street

There was not an exchange between the suspect and Beauregard before the shooting.  Philadelphia Police Captain Jason Smith said.”Not a word was spoken between the two prior to the offender shooting Mr. Beauregard in the back.”

The gunman was seen on survelence video prior to the shooting. As Smith described it, he was seen walking around with his right hand in the pocket of his hooded sweatshirt, apparently armed and “looking for trouble.”

It was reported that there were no signs of a robbery attempt or an argument in relation to the shooting, which the police described as an “unprovoked murder.”

The Beauregard Family stated, “The Beauregard family would like to thank the outpouring of sympathy for the tragic shooting death of our beloved son Everett Beauregard,” the family added “Everett was always willing to lend a hand to any anyone who needed his attention, love and humor.”

A $20,000 reward is being offered by the Philadelphia police if information leading to the arrest of the gunman is provided.