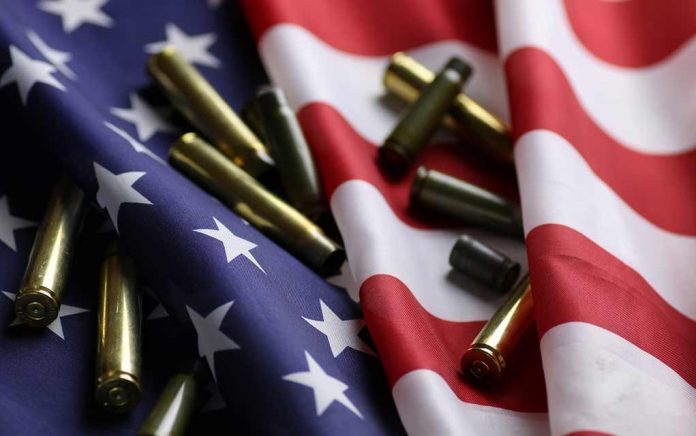 (TheDailyHorn.com) – Virginia has always been considered a Second Amendment stronghold. In fact, for centuries, the “Seat of the Confederacy” saw robust gun rights support from Democrats, Republicans, and just about everyone else, too. This is a natural result of the fact that the state protects the right to carry at both the local and state level.

But when Virginia’s Democrats won both the State House and Senate in November of 2019, everything started to change. Newly elected officials immediately pledged to introduce new gun control laws. Some would restrict the type of guns you can buy, while others wanted to control who could purchase, sell, or use them in the first place.

If this situation terrifies you, you aren’t alone. But if you’re still wondering just how real it might get… just wait until you see just how much success they’ve already had.

In January of 2020, Democrats successfully managed to pass a total of four different gun control bills through the state’s Senate Judiciary Committee. All passed at the same time. This was ground zero for what would become a months-long attack on 2A rights.

We’ll tell you about them here.

Governor Ralph Northam (D) ratified all four of these laws in early April, making them official. But that was really just the beginning. A firestorm unfolded in the State House at the same time.

As the Senate obviously pushed towards more and more gun control, Democrats were also trying to push a variety of bills through the State House. Many of these were specifically designed to support Senate actions, and thus, were virtually identical in language.

They successfully passed all of the following actions:

A Constant Attack From Both Sides

This two-sided attack may have started in January, but it’s far from over. Democrats and liberal activists continue to push for even more restrictions in multiple localities. Many are flagrantly unconstitutional right from the first word. Yet, support for them continues to rise among the Left, and that makes it especially important to speak out.

Now, here’s the good news. The 2A movement in Virginia began to respond shortly after Democrats announced upcoming restrictions in January. Within a short period of time, over 100 different counties declared themselves Second Amendment Sanctuaries. Those numbers continue to grow. And in June, a group of petitioners in Norfolk got enough signatures to convince the City Council to hear their concerns.

At the end of the day, the fact of the matter is clear: the Constitution protects your right to bear arms, full stop. It doesn’t matter if you believe in your right to defend yourself or you just love a good, long day spent tucked into a deer blind — that is your right as an American. There’s just no way to make the issue any simpler than that. Don’t be afraid to stand up and speak out.