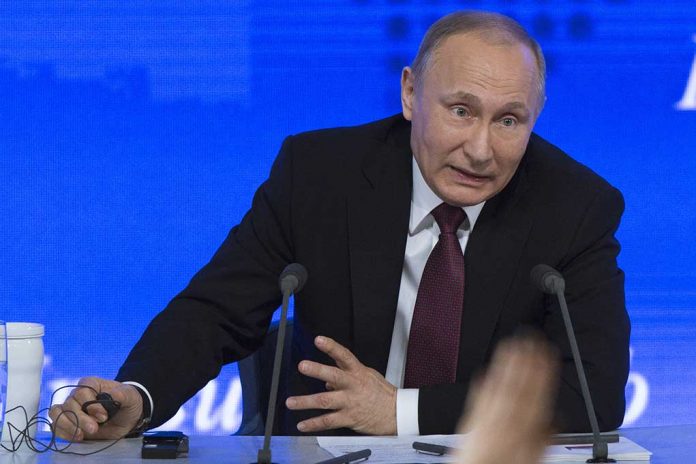 (TheDailyHorn.com) – For decades, the United States was a country the world could count on for stability and civility. Now, Russian President Vladimir Putin is hinting that destabilization in the US, the COVID-19 pandemic, and a growing nationalist sentiment worldwide could have a serious global impact. Speaking at the World Economic Forum on Wednesday, January 27, Putin didn’t elaborate on any role his former communist country may be playing in global instability.

The US government learned that Russia sought to interfere in the 2016 election soon after the vote. Their actions led to rising tensions between the two countries, and within America. Former President Donald Trump tried to pursue friendly relations with Russia, but Democrats in Congress made it difficult.

Putin said that COVID-19 was making a bad situation across the globe worse. “International institutions are weakening, regional conflicts are multiplying, and the global security is degrading.” He added that countries have shut down their economies and that unemployment and inequality have grown at a rapid pace. In the virus’ wake came a rise in populism and the potential for conflicts among rival countries.

The Russian leader warned that our current global atmosphere is eerily similar to the environment before World War II. If there is a worldwide conflict, Putin said, “it would mean the end of civilization.”

Putin was quick to blame Europe and the United States for the growing economic struggles the world faces. However, it appeared that he was pointing the finger primarily at the US. He said longtime civil and democratic institutions were rife with social, racial, and ethnic violence. However, he didn’t stop there. He also blamed US Big Tech companies for abusing their influence, controlling society, and competing with governments for power.

While Putin is attempting to paint Europe and the United States in a bad light, he has problems of his own at home in Russia. Public unrest over alleged corruption and an assassination plot against political foe Alexei Navalny sparked mass protests over the weekend. Over 40,000 protestors and journalists were met with a violent response from the police. The events drew widespread condemnation from the European Union and the United States.

Perhaps Putin should look to solve his problems at home before making bold declarations about other nations.