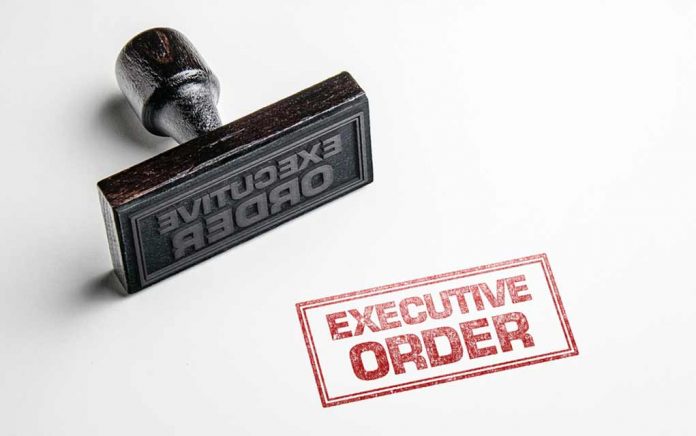 (TheDailyHorn.com) – If you’ve ever seen the “I’m Just a Bill” episode of Schoolhouse Rock, you know that Congress passes bills and the president signs them into law. There are also times when the POTUS issues something called an “executive order” that puts a policy in place. Those directives weren’t explained by the animated rolled up paper that danced on Capitol Hill while explaining the legislative process to kids across America. So, what are they?

The president of the United States doesn’t have the power to pass actual pieces of legislation. Our Founding Fathers didn’t want the head of the government to have that much power, especially after breaking away from the King of England.

However, the POTUS can issue “executive orders.” These directives allow the president to ensure the executive branch carries out his policies.

For example, President Donald Trump issued executive orders directing Health and Human Services to reduce the cost of prescription drugs. When former President Barack Obama was in office, he issued an order that allowed children who arrived in the US illegally to obtain legal status through DACA. His predecessor, President George W. Bush, issued Directive 51, which gives the POTUS an incredible amount of power during a catastrophic emergency. These orders are not laws, but they may have the effect of laws unless a court strikes them down.

What Happens After a President’s Term?

As we said, executive orders are not laws. That means they can be reversed without much work. When a new president takes office, he can set his own policy agenda. If he disagrees with the previous commander-in-chief’s directives, he can undo them. For instance, when President Donald Trump took office, he reversed many of former President Barack Obama’s policies. Of course, the POTUS could also keep his predecessor’s orders. It just depends on where they fall on the ideological spectrum.

If you are ever curious about what executive orders the president has issued, you can visit the White House website.