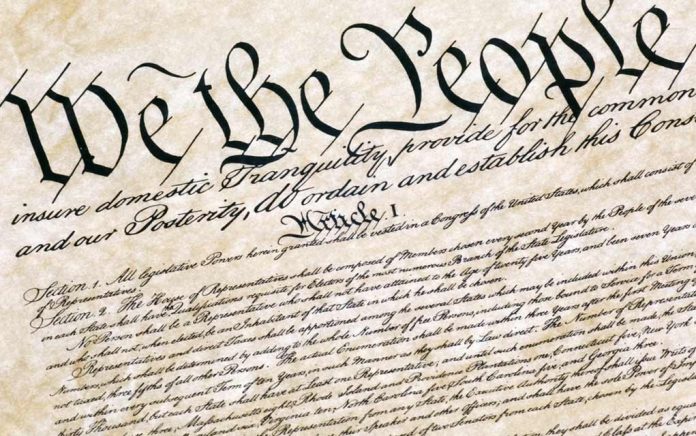 (TheDailyHorn.com) – Many Americans are familiar with the individual aspects enshrined within the Constitution. The First and Second Amendments, for example, are so commonly discussed that virtually everyone has at least a basic understanding of what they mean. Of course, that doesn’t necessarily mean that everyone is familiar with the overall scope and message of the Constitution as a whole — vital information for any US citizen.

The Six Defining Characteristics of the Constitution

According to the National Archives, the Constitution focuses on six major aspects:

Independently, each of these characteristics plays an important role in our society. We’ll talk about what they mean over the next few sections.

The first pilgrims to arrive in America fled from a government preventing them from living the life they envisioned. In doing so, they pioneered a way of life that allowed them to break free of their oppressors. The founding fathers wrote the Constitution with this spirit in mind and sought to limit the powers and authority the government has over the American way of life.

A republic can take many forms. But at its heart, a republic elects leaders to pass laws that benefit the republic as a whole, rather than those which only benefit an aristocracy or ruling class. Basic rights, which majority votes cannot override, are given to individual citizens in this form of governance.

American federalism is a way of determining a mix of governmental authority within a single system. This includes the larger federal government as well as smaller regional governments (e.g., state, county, city) that are each able to operate separately while still interacting with each other. The goal of federalism is to allow citizens a greater amount of freedom while still providing a legal baseline for the nation.

The American government operates under a system of “checks and balances,” granting them the power to either change or deny actions from other branches. For example, Congress can pass a bill, but the president can choose to veto it. These important regulatory features help to ensure that no one area of government is able to over-assert their powers over another.

Judicial, legislative, and executive branches are independent from one another; each serves a slightly different function. Primarily, the judicial branch evaluates laws, the legislative branch drafts and passes laws, and the executive branch carries out the law. This way, greater focus can be given to each of these crucial activities.

Popular sovereignty states that only the people have the right to grant a government, or any elected officials within it, power. This begins with the right to elect officials who are entrusted to create, interpret, and enact laws on behalf of the republic and everyday Americans. At its heart, this aspect ensures that the government must always adhere to the will of the people.

All of these attributes work together to create a unique form of government — one that sets precedent in enabling and protecting individual liberty. That is why the legacy, and proper interpretation of, the United States Constitution is so important.