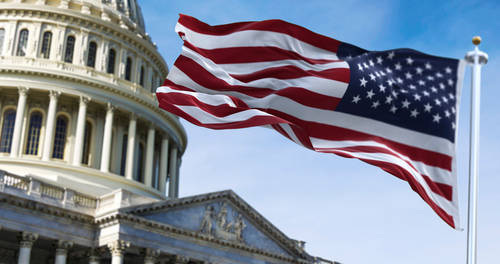 What to watch in primaries in Arizona, Michigan, elsewhere – The Associated Press

On Tuesday, five states will hold their closely watched primaries, including Arizona, Kansas, Michigan, Missouri, and Washington. Several races are viewed as a final test of former President Trump’s grip over the Republican Party.

A Republican primary for Arizona’s governor is being fought between Trump-backed Cari Lake and Pence-backed Carrin Taylor Robson.  It has essentially turned into a proxy war between the former President and Vice-President.

Another Arizona race that puts Trump’s endorsements to the test is a Senate GOP primary against Mark Kelly. Trump has endorsed Blake Masters, a venture capitalist with connections to tech billionaire Peter Thiel, in the Republican primary for Arizona Attorney General. Additional contenders in the race include Jim Lamon, Justin Olson, Mark Brnovich, and retired Maj. Gen. Mick McGuire.

In Missouri, the retirement of Senator Roy Blunt(R-Mo.) has left many contenders contending for his seat.  Eric Greitens was leading early but has been mired in scandal and is battling claims from his ex-wife that he has abused her and their children. Republicans fear a Greitens win could endanger the Republican seats that would be otherwise secure. According to Emerson College GOP Polling, Eric Schmitt is currently in the lead, followed by Vicky Hartzler in second. Other candidates include Rep. Billy Long (R-Mo.), state Sen. Dave Schatz, and attorney Mark McCloskey.

Residents of the state of Kansas will have an opportunity to vote on a ballot measure regarding access to abortions. The ballot measure would reverse the state Supreme Courts’ 2019 ruling that makes abortion rights protected under the state’s constitution.  This will allow the Kansas voters to decide if abortion should remain constitutionally protected in their state.

The Republican primary in the Michigan governor’s race was first crowded with candidates but later whittled down to five. On Friday, Trump endorsed the conservative commentator Tudor Dixon, giving her a boost.  Other candidates eyeing the governor’s seat include Ryan Kelley, a real estate broker, retired Pastor Ralph Rebandt, chiropractor Garrett Soldano and businessman Kevin Rinke.  The winner will face Democratic Governor Gretchen Whitmer in November.

Freshman Rep. Peter Mijera (R-Mich.) is fighting for his political career in the 3rd Congressional District of Michigan, trying to stave off challenger John Gibbs, a former housing and urban development official. Gibbs has received Trump’s endorsement.  Mijera was one of ten House Republicans that voted to impeach Trump.

In Michigan’s Democratic primary Rep. Andy Levin, a former synagogue president and a co-founder of Jews for Justice Detroit, is running against Rep. Haley Stevens in a redrew 11th congressional district. Levin is backed by the J Street Action Fund, a pro-Israel group. At the same time, Stevens is supported by the American Israel Public Affairs Committees Super PAC.

Washington primaries are unique; under its primary system, it advances the top two vote-getters to the general election, regardless of their party affiliation.

Rep. Kim Schrier’s seat is considered one of the more vulnerable seats for House Democrats this November in Washington’s 8th Congressional District. She faces a handful of other candidates hoping to make it into the general election, including Army veteran Jesse Jensen (R), attorney Matt Larkin (R), and King County Council Member Reagan Dunn (R).

With many Trump-backed candidates, we will see after Tuesday’s races exactly how his name helps or hurts the Republicans going forward.