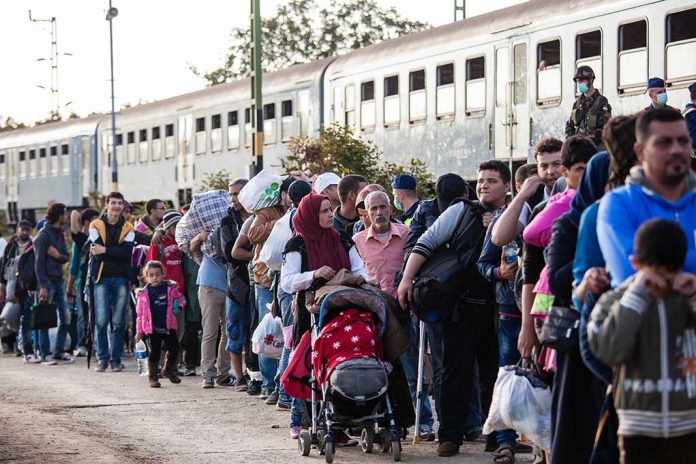 (TheDailyHorn.com) – Is the continuing saga of Joe Biden’s botched Afghanistan operation headed to America? It seems it could be.

Afghans flown out of the Taliban-controlled country continue to arrive at Dulles International Airport in Virginia with no verifiable identification after supposedly being screened and approved by federal agencies. The approach the Biden administration is taking appears consistent with its southern border policy. News media outlets reported that the administration’s goal was to get as many people in Kabul on planes as possible and then sort out the paperwork later.

Afghans are arriving in the United States despite having “no documents whatsoever” after having been screened and approved by President Joe Biden’s federal agencies, CNN reported. https://t.co/mVRN5JWgbO

The higher the number of Afghan refugees arriving in the US without paperwork, the higher the potential that several of them will have ties to terrorist groups. A former intelligence official said there’s no way to predict if or when a resettled refugee could decide to venture down the path of violent extremism.

Pentagon officials recently disclosed that 100 of the 7,000 Afghans seeking permanent resettlement in the United States were “flagged” as possible matches to terrorist watch lists. In Qatar, authorities detained one individual after his background check revealed potential ties to ISIS. Additionally, at least five people tried to board US-bound flights in Kabul carrying passports that didn’t belong to them.

Should Americans be concerned?