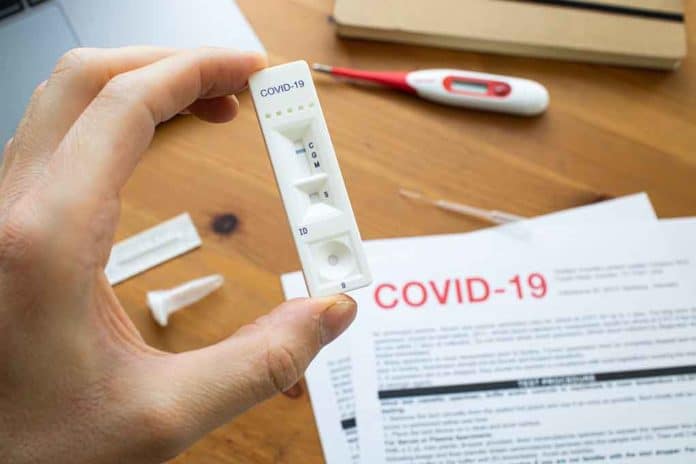 (TheDailyHorn.com) – As the highly contagious COVID-19 Omicron variant surges across the United States, many are asking why the government’s response to testing challenges has been so slow. On Tuesday, January 4, White House press secretary Jen Psaki defended the administration’s response but also admitted to being behind the curve. Now, some are suggesting that Omicron may peak as early as mid-January before declining by the end of the month if transmission rates follow the pattern established in Africa where it originated.

In October 2021, the Biden administration rejected a plan to distribute at-home rapid tests despite warnings that the holiday season could see a resurgence of COVID-19. At the time, Omicron wasn’t on the radar of health officials. In late December, Biden finally embraced the idea but the contracts to provide the at-home tests won’t even be signed until next week.

Psaki pressed on whether at-home COVID tests will be 'too late' given Omicron surge https://t.co/BeXHDbxdNx pic.twitter.com/7QKY2DKRRs

It’s entirely possible the tests the government purchases may not be needed in mass. Doctors say that at-home rapid tests may not detect omicron, even when properly used. They recommend swabbing both the nose and the back of the throat. If one tests negative on an at-home test but has symptoms, health officials say it’s best to act as if you are infected. The only way to know for sure is to schedule a test through your doctor or health care provider.