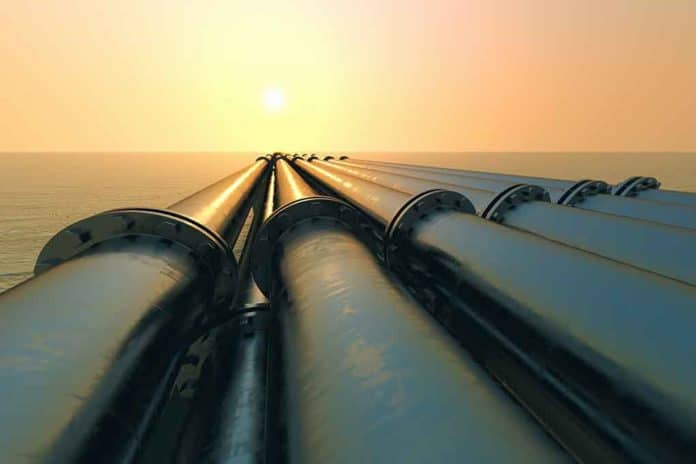 (TheDailyHorn.com) – Many Americans may be unaware that the US gets a significant portion of its oil from Russia. That fact muddies the waters in the ongoing discussion around the crisis in Ukraine. How can President Joe Biden threaten to impose economic sanctions on the Kremlin when Russian President Vladimir Putin knows he won’t lose our oil money?

The buildup of Russian troops on the Ukraine border has the world concerned about an invasion. Biden is in talks with Putin to end the situation and get a firm commitment for peace.

The primary tool Biden is using to attempt to get Putin to do as he says is the threat of sanctions. Hurting Russia’s economy may sound like a good approach, but it’s going to be hard to do that in reality.

In 2021, US crude oil and petroleum imports from Russia were between 12 million and 26 million barrels per month. By August 2021, Russia was the second-biggest source of imported oil for the US. No wonder Biden’s threats of sanctions are doing little to deter Putin. The US is lining his pockets.

When questioned about the use of Russian oil during the February 14 White House press conference, Principal deputy press secretary Karine Jean-Pierre refused to say the US would stop importing goods from Russia even if it does invade Ukraine. She simply said she cannot promise anything other than “severe, decisive economic consequences.”

Maintaining our oil order means we are still supporting Russia’s economy. It is hard to believe other sanctions could be a massive blow if we’re still feeding them huge amounts of oil money.

While Russia currently provides a large portion of our oil, we do not have to be so dependent on the troublesome nation. The US is seeing considerable production growth. We contributed more oil to Europe than Russia for the first time in history in January, and we are one of the top producers in the world.

So, why are we getting oil from Russia? Because Biden’s policies hurt the US industry. Under the guise of fighting climate change, he stopped construction on the Keystone XL pipeline, oil and gas leasing on federal property, and drilling in Alaska.

He’s backing the Green New Deal, which aims to eliminate all fossil fuels by 2030 and put investments into alternative energy sources. This approach makes oil and gas more expensive, thereby pushing Americans to use these alternatives. He’s setting the stage for us to go to other countries (including Russia) to get oil supplies.

Biden’s failed policies caused an oil and gas deficit (we used to have a surplus) and put money in Russia’s pockets. So, empty threats to bring sanctions are probably not going to do much to deter Putin.