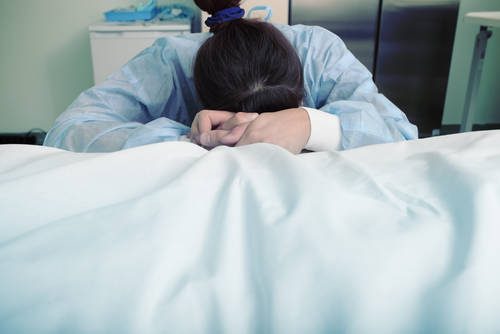 A widow kept her 35-year-old husband’s body in her home in Kanpur for 18 months after he passed away. She believed he was in a coma and would eventually regain consciousness and recover.

The husband, identified as Vimlesh, died on April 22, 2021, and he was cremated last Friday.

The family was in denial and truly believed that he was not dead. They would not accept the truth.  They continued taking care of him despite receiving his death certificate a day after he died.

Vimlesh’s body was eventually recovered after health officials received a complaint from his former employer that he had been missing from work since April 2021.

An official shared that Vimlesh’s family had sprinkled “Ganga Jal” on the body. Ganga Jal is water from the River Ganges in India and is considered holy and beneficial.

People did question the family at times, but according to police, they would tell everyone he was sick and that they really did believe he would get better. A police officer said, “Whenever his office asked the family about his whereabouts, they said Vimlesh was ill. The family also brought in oxygen cylinders and told locals that he was in a coma and was being treated at home. They were convinced that he was alive and will get better.”

The body was eventually mummified. The family only claims to have used Ganga Jal, and it is unknown what other chemicals were used on the body. A health official stated that

“In rare cases, when a body is regularly cleaned with certain chemicals and if there is not a lot of moisture and air, it doesn’t decompose but gets mummified. What Vimlesh’s family used for preserving the body for so long is still unclear. When they were asked, they claimed that they didn’t use any chemicals.”

According to authorities, no crime was committed, and no action will be taken against the family.

Kanpur: Family keeps man’s body at home for 18 months thinking he is in coma Indian Express