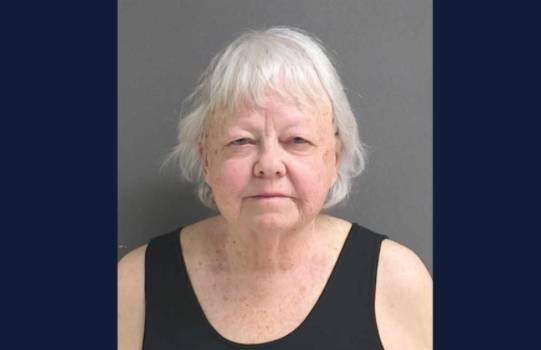 During a tense standoff with police at a hospital, a woman shot her husband and killed him as part of a murder-suicide pact in Daytona Beach, Florida. The defendant, Ellen Gilland, 76, has been identified by police as Jerry Gilland, 77, according to a WESH report on the press conference.

According to Daytona Beach police chief Jakari Young, the couple, from nearby New Smyrna Beach, planned this about three weeks ago. He would carry out the shooting if Jerry’s condition deteriorated, and they would do it together. Police said he became too frail, however.

“Apparently because he was terminally ill, they had a conversation about it and they actually planned this approximately three weeks ago that if he continued to take a turn for the worst that he wanted her to end this,” Young explained. “Obviously, we’re unsure how she brought that gun into the hospital, but this was planned.”

Around 11:30 a.m., a shooting call was received Saturday. As police officers arrived at Advent Health Hospital, they conducted a search.

“Units arrived on scene to find that a female had shot her terminally ill husband and had confined herself to his room,” police reported. “Officers have evacuated staff and patients around the room, and at this time the female is not seen as a threat to staff or patients. No one else has been injured. We are currently negotiating with the female to get her to surrender and come out of the hospital.”

This “logistical nightmare” was caused by the fact that the 11th floor was occupied by terminally ill patients, many of whom were on ventilators.

In order to get into the room and arrest Gilland, officers used a flash bang and struck her with a beanbag.

Records show Gilland is being held without bond in the Volusia County Jail on three counts of aggravated assault with a deadly weapon and a first-degree premeditated murder charge.