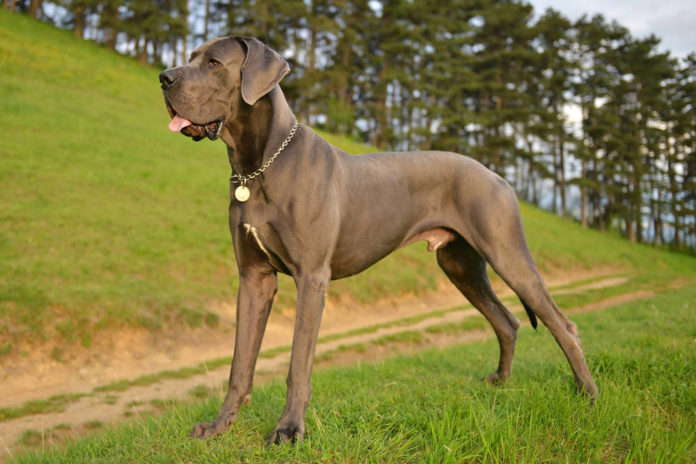 A 43-year-old woman, Mindy Kiepe, was found dead in a ditch on Monday, Aug 15, near her farm in Rossie, Iowa; her five Great Danes surrounded her body.

According to authorities, a man found her in the ditch and called the police but could not get closer because of the large dogs.

The state medical examiner reported on Wednesday that Kiepe died from multiple dog bites. The investigation determined it was her Great Danes that ultimately killed her.

You may be wondering, why would her Great Dane’s turn on her and attack?  According to the American Kennel Club, Great Danes are usually easygoing, have a sweet nature, and are “a total joy to live with.”   They are excessively tall and taller than most other breeds.  They are also strong and heavy.  They have been described as “gentle giants” and are very affectionate.

It is hard to determine why a naturally mellow breed could turn on its owner as it did.  Many factors could play a role.  It is unclear why the dogs attacked their owner and the reasons may never be found. The police have not released any information on this.  The sheriff’s office have confirmed that the dogs were euthanized.

Her body was taken to the Iowa State Medical Examiner for an autopsy, which determined the cause of death to be multiple dog bite injuries.

For more information on this story, check the following sources: