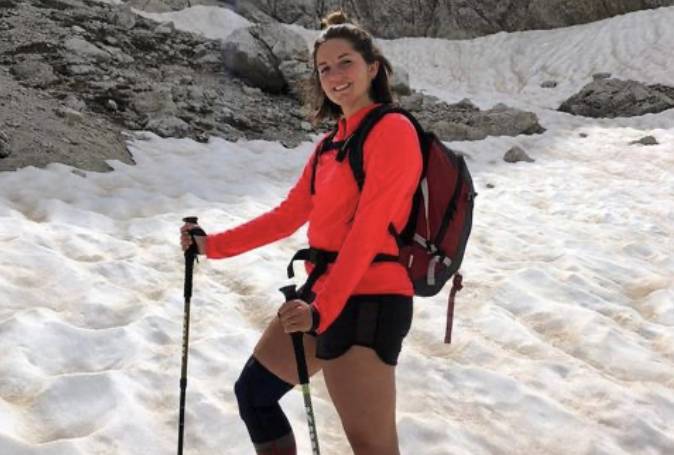 A tragic hike turned fatal for one woman as she was hiking in the Dolomites mountains in Italy. Twenty-six-year-old Mariacristina Masocco was hiking in the Italian mountains with friends when she slipped off the cliff’s edge and fell 1,000 feet to her death.

According to the NY Post, the accident happened around 4 p.m. Sunday, when Masocco and three friends were hiking in the Dolomites, the highest peak of which is nearly 11,000 feet tall.

As reported, the hikers were walking single file through a pass when Masocco slipped and fell “screaming” into a ravine.

In response, her terrified friends called emergency services, which dispatched a helicopter to the scene.

According to the Mirror UK, weather affected emergency personnel’s rescue efforts. It took a day to get down to Masocco. By the time they reached her, she had already died, they reported.

It was shocking news back in her hometown of Feltre, leaving behind her mother Angela and her sister Francesca as reported by the Mirror UK.

“The news that arrived this evening of the tragic death of the young Maria Cristina Masocco, which took place in the afternoon in the mountains, strikes us in a truly profound way,” commented Mayor Viviana Fusaro of Feltre, Belluno (in the Veneto region), where the accident occurred.

Fusaro offered condolences; she said, “In these hours, no words can soothe the intimate suffering of the mother, younger sister, and friends,” Fusaro added, “I want to express to them the sincere closeness of the entire community, who joins in an embrace to their great pain.”

This tragedy comes after other recent fatal falls have been documented.

On November 10, a man fell 40 feet off a seaside cliff in Argentina. The man fell to his death after he attempted to take a selfie on top of the ridge he had climbed.

In September, at Purling Brook Falls in Springbrook, Australia, a 79-year-old man fell to his death while hiking with his two daughters.