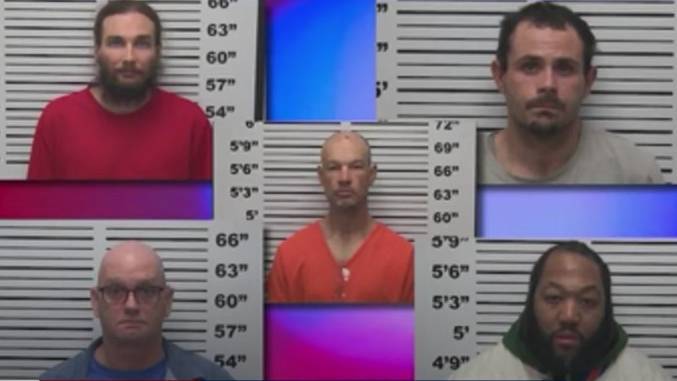 The St. Francois County Sheriff’s Department reported that the five inmates who had escaped the Detention Center in southeastern Missouri have now been apprehended.

On Tuesday night, the inmates had forcefully opened a secure cell, then made their way onto the roof of the facility before running off into a secured parking lot and taking a gray 2009 Scion tC with Missouri temporary tags. Surveillance footage showed them driving south, and discarding their orange clothing.

Warrants were issued for the inmates, who were all being held on felony charges, including three sex offenders. One of the inmates was located in Poplar Bluff, Missouri on Friday, and the other four were found in Ohio a few hours later.

The Sheriff’s Department updated on Facebook that all five had now been taken into custody, and will be returned to the Detention Center with the help of the United States Marshals Service.