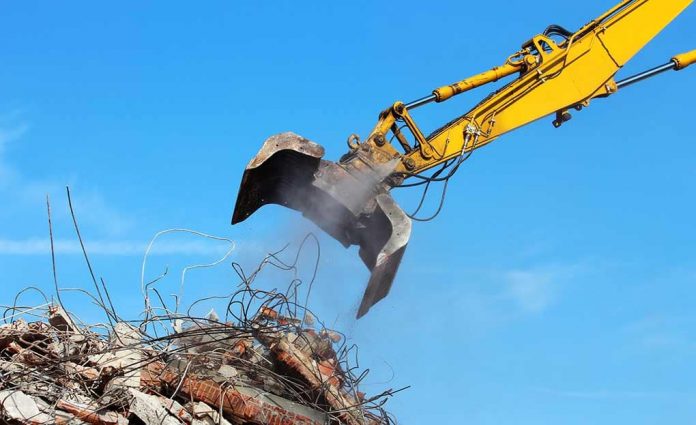 (TheDailyHorn.com) – In 1984, Donald Trump opened the Trump Plaza in Atlantic City to acclaim and fanfare. For a while, it was the second-most profitable casino in the area, and many referred to it as the “centerpiece” of Atlantic City. It regularly attracted athletes, movie stars, and music legends. The famed hotel and casino also hosted important boxing matches, including events featuring heavyweight legend Mike Tyson.

On Wednesday, February 17, the building was leveled to the ground. Demolition crews set off charges so that the building fell down and inwards, rather than out in the direction of other structures.

In 2014, the casino went bankrupt, and Trump gave up his involvement with maintaining the building. In 2016, he sold it to fellow billionaire Carl Icahn while he was running for President of the United States. As the building deteriorated, local residents and public officials grew increasingly frustrated with it as it increasingly became an eyesore. Chunks of the building were peeling off, and in recent years parts of the structure were found lying on the ground.

Now, all that’s left is a heap of debris as cleanup crews work to clear the area.