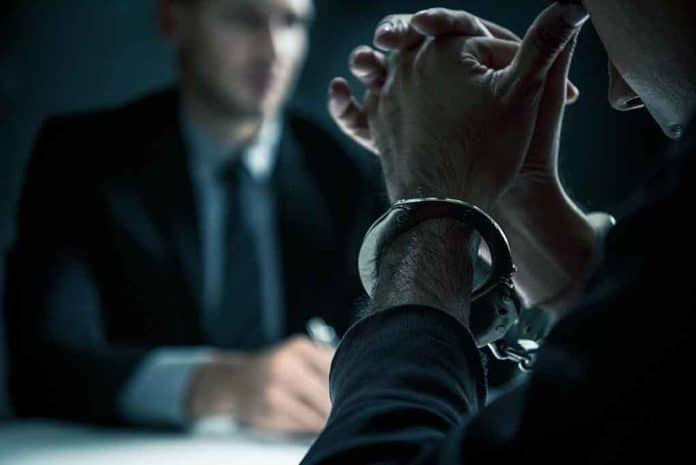 (TheDailyHorn.com) – Since the social justice riots of 2020, crime has become a growing problem in America. From coast to coast, numerous Democratic-led cities instituted “Defund the Police” initiatives. What followed was a spike in violent and non-violent crimes.

While President Joe Biden has focused on far-left initiatives to follow in former President Barack Obama’s footsteps to transform America’s economy, society, and government — millions of Americans have lived in fear. They wonder every day when a crime might impact their lives and whether the police would be available to protect them.

In 2020, presumptive Democratic nominee Joe Biden walked a balancing act between far-left Democratic activists and more moderate factions within the party. At one point, he agreed with the idea of diverting money for police reforms, but now claims he never directly supported defunding police. It was an act of mental gymnastics that left many puzzled over his true beliefs about the matter.

Nonetheless, in the fall of 2020, Democratic-led cities slashed billions of dollars from police budgets. In the wake of the Defund the Police movement, high crime rates are putting President Biden and the White House on the defensive.

Biden Tries to Defend His Record

While Biden employs a number of Defund the Police supporters in his administration, the president remains adamant that he doesn’t support defunding the nation’s law enforcement agencies. Yet, is that an accurate representation?

In 2021, Biden declared that he was the Democratic Party. As its leader, what has he done to oppose Democrats intent on ignoring public safety as violent crimes rise across the nation?

On Monday, January 31, the White House began clean-up duty after White House Press Secretary Jen Psaki went viral for downplaying violent crime. Psaki questioned what soft-on-crime policies even mean as far-left district attorneys in Democratic cities turn criminals loose on the streets and refuse to prosecute them. On Monday, she alleged there were no grounds for criticism against President Biden, and said the crime wave started under former President Donald Trump.

This kind of deflection is par for the course. Everything is Trump’s fault in the Biden administration’s view. Yet, the former president called to bolster police and give them more resources while social justice rioters looted businesses and destroyed communities in 2020. Trump offered to bring in the National Guard to move Antifa rioters who created a violent autonomous zone in Seattle – which was technically an insurrection that Democratic city and state officials ignored.

Is Biden Out of Touch With America?

What Psaki said opened the door for the GOP to show how out of touch Biden and his administration are with Americans living with disastrous Democratic policies that make them less safe. Republicans point to the rise in homicides, carjackings, smash-and-grab robberies, and attacks on law enforcement empowered by anti-cop rhetoric in the Democratic Party.

Biden and Psaki regularly blame the pandemic for the rise in crime. Yet, during his presidential campaign in 2020, Biden said that federal dollars to police departments should be tied to conditions and whether or not they meet the subjective standards of decency and honorableness.

They can blame guns, Trump, or anyone they want for the problem. The people living through the crime spree know the facts. They asked their Democratic-led city councils not to defund the police. Elected officials rebuffed the citizens’ request.

Now, ordinary Americans have to live with the consequences, knowing that Biden won’t do much to help them.