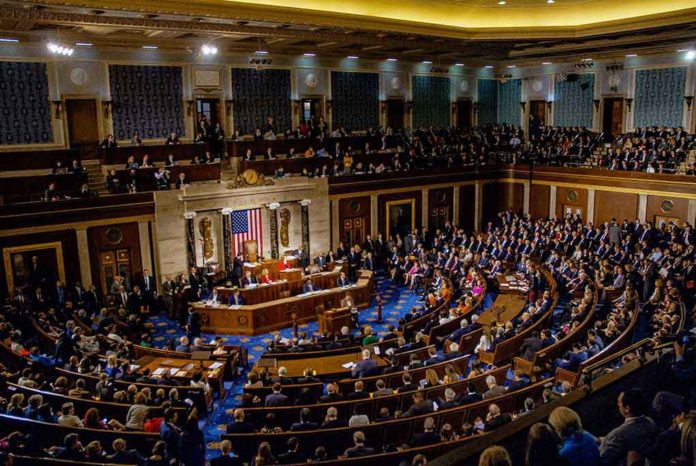 (TheDailyHorn.com) – President Joe Biden’s State of the Union (SOTU) address started off strong. After the typical pomp and circumstance of the long walk to the head of the House chamber, Biden opened with something even he had to know couldn’t go wrong: a shoutout of support for Ukraine. With a remark that would garner the most applause of the evening, including a standing ovation, the president announced that Russia is effectively cut off from the rest of the world.

Biden had harsh words for Russian President Vladimir Putin, referring to him as a “ruthless dictator.” He also promised that the US government would be going after Russian oligarchs, the wealthy families that fund men like Putin, and ultimately purchase his power for him. Between banking restrictions and property seizures, Biden promises to punish the Russian hierarchy in every way possible.

Presidents with decent approval ratings don’t typically spend much time trying to cater to the opposition. Biden made sure, several times, to focus on issues he had to know would earn applause from both sides of the aisle.

He called for funding rather than defunding police, and chanted “fund them, fund them” into the microphone as the crowd of lawmakers on the right cheered. The call to action seemed a bit ironic when you consider Biden’s horrible record on crime in his first year and the lax policies that allowed criminals to have their way with America.

Biden also collected applause when he talked about releasing 30 million barrels of crude oil from the US strategic reserves to help ease the cost of fuel during the crisis.

Biden spent a considerable amount of time talking about policy. He touted the bipartisan infrastructure bill, exclaiming that the US will have thousands of miles of new roads and 1500 new bridges. He urged lawmakers to push “green energy” policy and pass the Left’s voter fraud legislation. Noticeably absent from the speech was Biden’s signature ”Build Back Better” legislation.

Biden then discussed vaccines, masks and the new CDC guidelines, and what America needs to do to move past the COVID-19 pandemic. As Americans grow weary of masks and mandates, the Democrats remained stalwart in their position. Biden’s SOTU saw an end to masks as the norm on Capitol Hill, with Speaker of the House Nancy Pelosi (D-CA) and Vice President Kamala Harris noticeably maskless behind Biden for the entire speech.

The Republican response to the SOTU was less than positive. Senator Mitch McConnell (R-KY) released a statement admonishing Biden for talking about funding police while also advocating for those who would damage property and steal. McConnell’s response was about par for the course for the right.