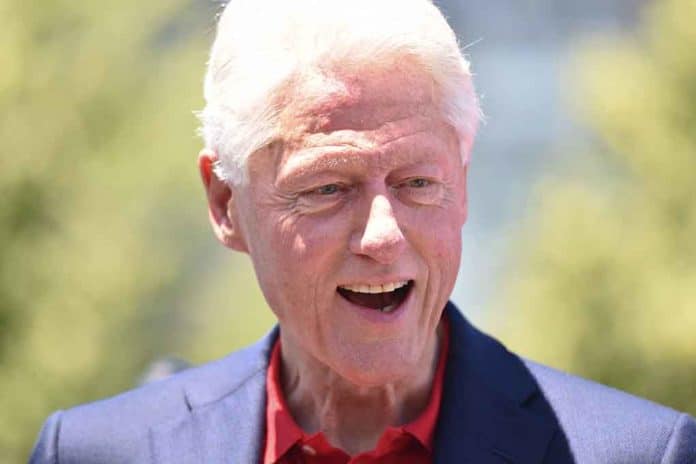 (TheDailyHorn.com) – A story about former President Bill Clinton’s views on cannabis products drew the attention of his PR team after it appeared in the magazine Cannabis and Tech Today. The story covered Clinton’s remarks at the recent Impact Forum in Orlando, where he discussed the benefits of CBD, a substance extracted from marijuana plants.

The forum, an on-stage discussion with CNN’s Dr. Sanjay Gupta, is a health and well-being expo. The story the Clinton PR team took issue with covers the former president praising CBD, noting that he’s heard it has benefits for pain management. CBD with small amounts of THC, the psychoactive compound in cannabis, was also discussed at the forum in broad terms.

"He cheated on his wife but we don't wanna risk his rep over an FDA-approved all-natural compound."

^ I made that last part up, sorta. #cannabis 🌿 #cringe 🥶https://t.co/KC7GAmxdID pic.twitter.com/EdHl4A2TY4

After the story appeared, the magazine took it down “at the writer’s request,” after she was reportedly pressured by Clinton’s crew. The magazine noted that the story was accurate, but that the information wasn’t meant for the public.

After backlash about the deletion, the story is back on the magazine’s website.

Clinton isn’t new to controversies surrounding drugs. His PR team may have initially moved to have the piece removed because of the possibility that his horrible record on drugs, particularly in relation to his signature crime bill and unwillingness to allow advances in medicinal marijuana, might become the focus of the discussion.