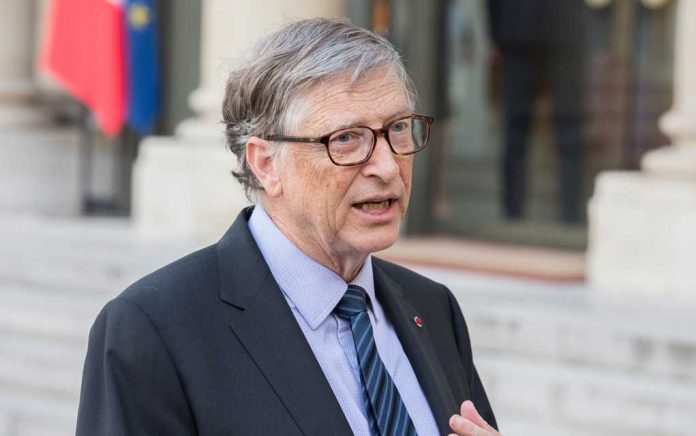 (TheDailyHorn.com) – The climate change crowd is at it again. This time, it’s Microsoft founder Bill Gates at the center of attention. On Monday, February 15, Gates said wealthy countries, including the United States, should give up eating beef and switch to synthetic alternatives. Gates cites the agricultural industry as one of the primary drivers of climate change.

The former CEO and fourth-wealthiest person in the world recently became the country’s largest agricultural landholder. It’s unknown why the tech multi-billionaire purchased 242,000 acres of land across 18 states. However, it likely has something to do with his climate change agenda.

Gates is worried about the methane that cows produce to break down grass. Some scientists say methane emissions trap heat around 28 times more effectively than carbon dioxide and are a leading contributor to climate change.

Gates’s proposal could kill the cattle industry. As of 2021, over 750,000 people are employed in the industry, and it’s not just ranchers and butchers. The cattle business also employs animal scientists, supply chain managers, transportation workers, and meatpackers.

Unfortunately, American agriculture is in enough trouble without Gates’ interventions. This week in Texas, a polar plunge left the entire state in the blistering cold. Some days, the nation’s second-largest state has struggled to get above 10°F. The devastation to the state’s cattle industry could be significant.

As plants are forced to shut down, farmers are dumping tankers of milk worth $1 million every day because it can’t be processed. Animals are also likely to be euthanized if farmers can’t be water and feed them. Plus, cattlemen are losing calves to the extreme cold at alarming rates.

Considering everything else going on, the agricultural industry doesn’t need another short-sighted threat from billionaires telling America what it can and cannot eat.